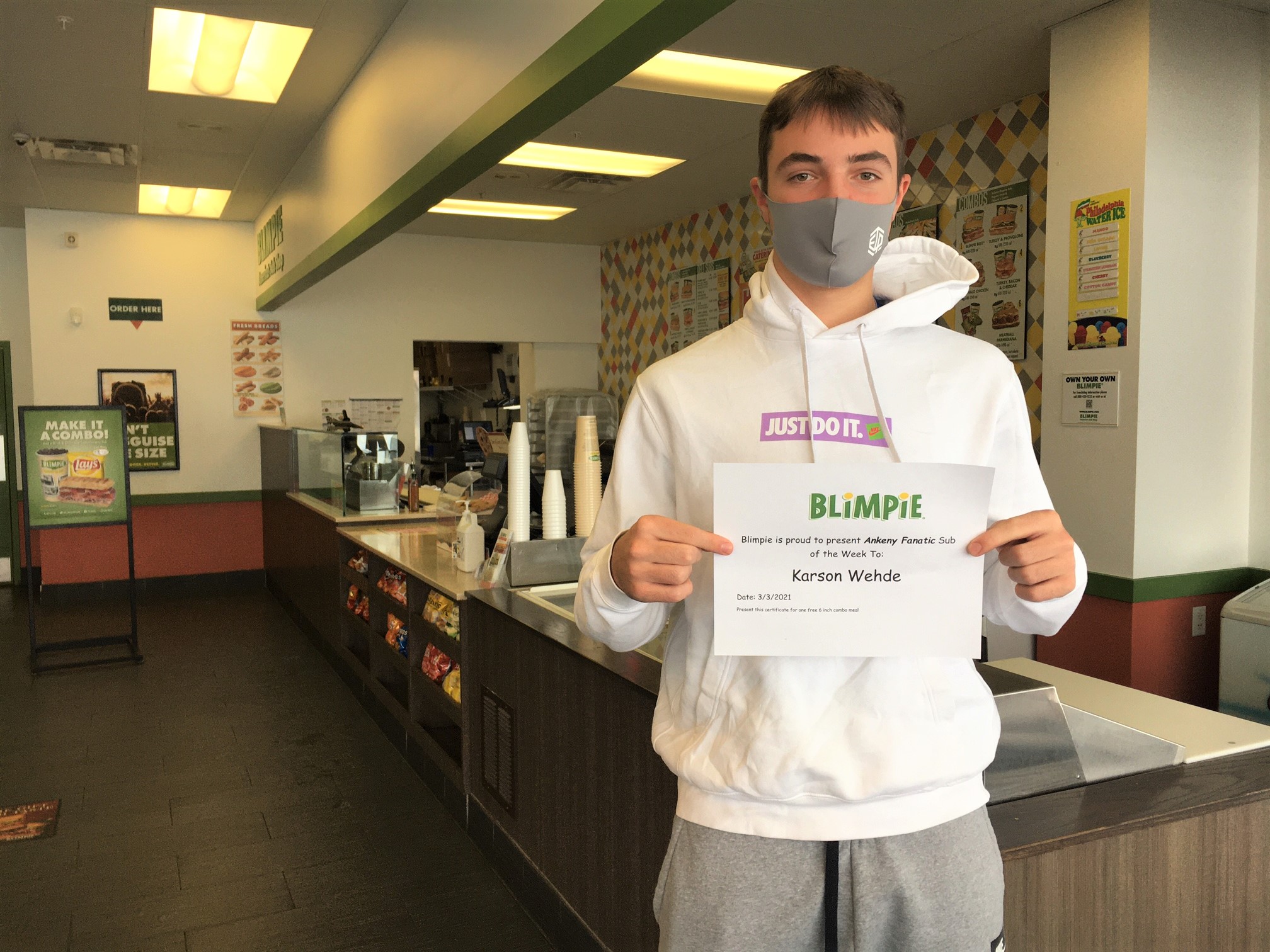 Sophomore forward Karson Wehde helped the Ankeny boys’ basketball team to a 10-10 record. He scored six points as the Hawks ended their season with a 74-54 loss to second-ranked Waukee in a Class 4A substate final on Tuesday at Indianola.

Wehde averaged 3.3 points and 1.7 rebounds per game. He placed third on the team with 15 3-point goals, shooting 35.7 percent from behind the arc.

“Karson is becoming one of our most consistent 3-point shooters,” said Ankeny coach Brandt Carlson. “His improved defense and rebounding efforts have been great to see. He is one of our hardest workers in practice, and I am happy that his efforts are paying off for him.”