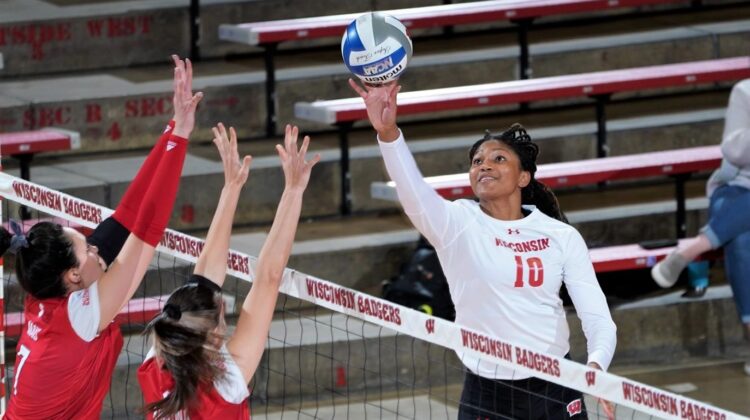 It didn’t take long for Wisconsin’s Devyn Robinson to become a force in the Big Ten Conference.

The former Ankeny Centennial volleyball star has been named to the all-Big Ten first team, the league office announced on Wednesday. The freshman middle blocker and right-side hitter has helped the Badgers to a 15-0 record this season.

Robinson has racked up 111 kills and 37 blocks. She has also recorded 21 digs.

Robinson was among a record seven members of the Wisconsin squad to earn all-conference honors. There were four first-team picks, matching the total from the 1997 season.

Senior Sydney Hilley was named Big Ten Setter of the Year for the second straight season. She was a unanimous pick along with Dana Rettke, who became just the second Badger to earn four first-team mentions, joining Lauren Carlini on the select list.

Wisconsin is the top seed in the NCAA Championship and will receive a first-round bye in the tournament, which will be played in Omaha. The Badgers will face either Bowling Green or Weber State in a second-round match on April 15.

Wisconsin is competing in its 24th overall and eighth straight NCAA Tournament under head coach Kelly Sheffield. The Badgers were the NCAA runners-up in 2000, 2013 and 2019.