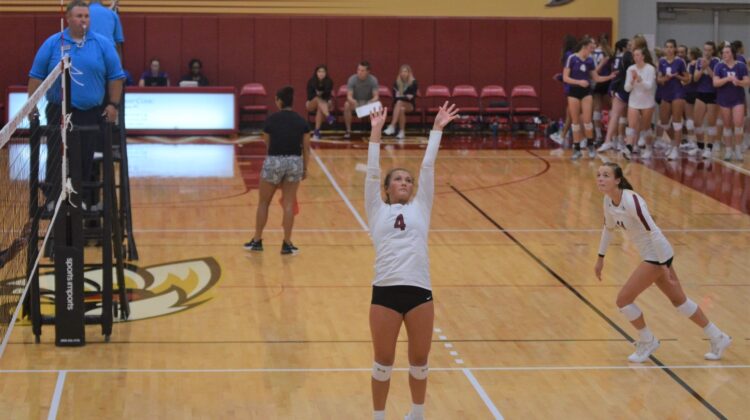 Teeple was among a record six Coe players who earned recognition from the league. Head coach DeAnn Akins and assistant coach Joe Adams were also named the coaching staff of the year after guiding the Kohawks to a 7-1 record and a share of the A-R-C title, their first crown since 2014.

Teeple racked up 297 assists in just 27 total sets, leading the conference in total assists and assists per set while ranking third in the nation in assists per set at 11.0. She notched 30-plus assists in all but two games, posting a season-best 54 in a five-set match at Dubuque.

Teeple also finished third in the league in service aces, recording 14 on the season for an average of .52 per set while adding two double-doubles for the Kohawks. She finished the season in style with an impressive 45 assists, five service aces and seven digs in a 3-1 victory at Loras where she helped clinch a share of the title.