You are here: Home / Jaguars / Spring / Girls' Golf / Jaguars rely on their depth to defeat Mason City golfers by 8 strokes 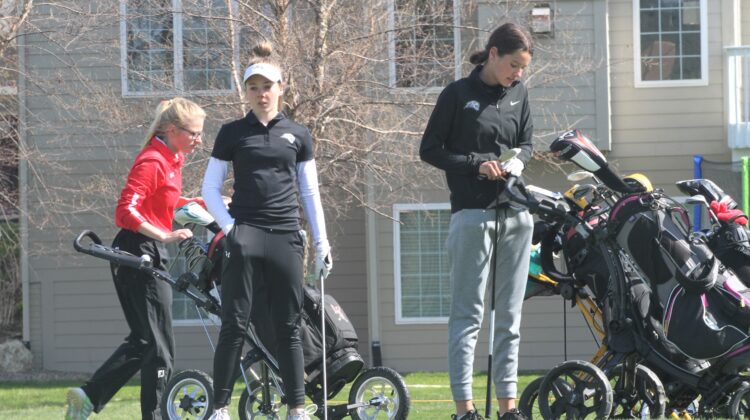 Mason City’s Sophie Lunning carded a 49 to earn medalist honors, but Centennial relied on its depth to win the meet. All six of the Jaguars posted a better score than the Mohawks’ Kylie Hubacher, who had her team’s fourth counting score with a 67.

Centennial’s Payton Drefke earned runner-up honors with a 52. Teammate Kaitlyn Ault also shot a 52, but lost a cardoff to Drefke for second place.

Ault was 14-over-par through six holes, but then had a strong finish. She made a par on the par-3 No. 7 hole, then bogeyed the final two holes.

Grace Miller fired a 59 for the Jaguars, while Delaney Miller shot a 60. Delaney had a par on No. 7.

Centennial’s Olivia Joensen had a 62. Samantha Lazear finished with a 63.

Lunning made a birdie on No. 2 and was 1-over-par through five holes. She ended her round with an 11 on the par-4 No. 9 hole, but still claimed medalist honors by three strokes.

The Jaguars will be back in action on Thursday, traveling to Marshalltown for another Iowa Conference dual meet against the Bobcats. The meet begins at 3:30 p.m. at Elmwood Country Club.