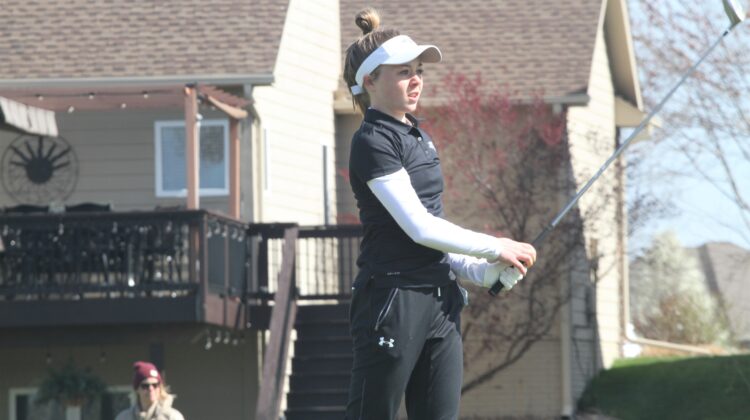 Two weeks ago, the Ankeny Centennial girls’ golf team shot a 241 in a dual-meet loss to Marshalltown at Elmwood Country Club.

On Thursday, the Jaguars returned to Elmwood for the Linda Bloom Invitational. This time, they played the entire 18-hole course and posted a 431 total to place seventh in the 15-team field.

Payton Drefke carded a 95 to lead Centennial. She placed 12th as an individual.

Marshalltown shot a 361 on its home course to win the tournament. Southeast Polk was second with a 380, while Dallas Center-Grimes took third with a 390.

Amber Henson of Marshalltown carded a 2-over-par 72 to earn medalist honors by eight strokes. She made nine consecutive pars on the back nine.

Rylee Heryford of Newton was the runner-up with an 80, edging Megan Riesselman of Ames by two shots.

The Jaguars will play in the Johnston Invitational on Monday at Jester Park.