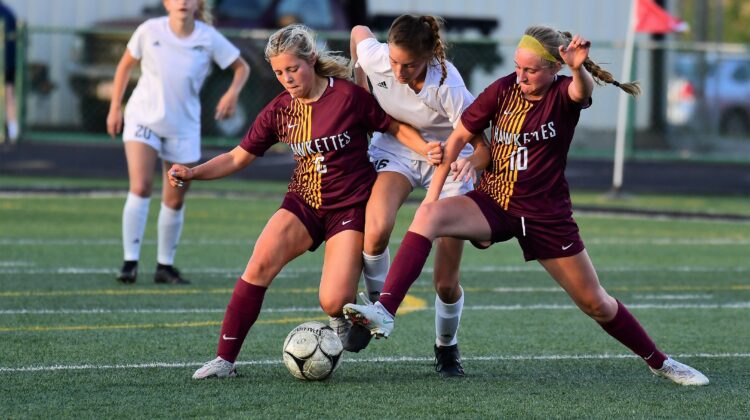 The Ankeny and Ankeny Centennial girls’ soccer teams will open postseason play against familiar opponents from the CIML Iowa Conference.

Cedar Falls (8-5) will play Waterloo East (4-6) or Mason City (6-7) in the other Region 6 semifinal. The highest remaining ranked team will host the regional final on June 4 at 6 p.m.

The Hawkettes could get a chance to avenge one of their losses in the regional final. Johnston posted a 2-1 victory at Ankeny in a shootout on May 7.