You are here: Home / Hawks / Spring / Girls' Tennis / Shutout over Lincoln assures Hawkettes of their first winning season since 2012 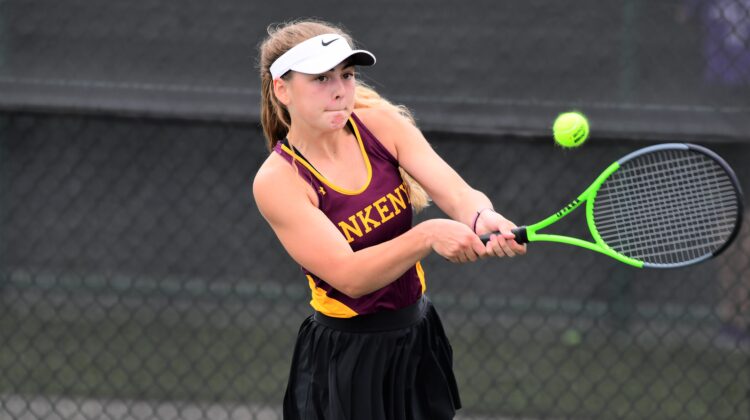 For the first time in nearly a decade, the Ankeny girls’ tennis team will finish the season with a winning record.

The Hawkettes posted a 5-0 victory over visiting Des Moines Lincoln in the opening round of a Class 2A regional team tournament on Thursday. The meet ended after Ankeny won five of the six singles matches in straight sets, clinching the outcome.

The Hawkettes improved to 8-6 on the season. Lincoln’s record dropped to 3-6.

Ankeny is guaranteed to finish with a winning record, even if the Hawkettes lose at Johnston (7-2) in the regional semifinal on May 22. It’s the team’s first winning season since the 2012 squad went 9-4.