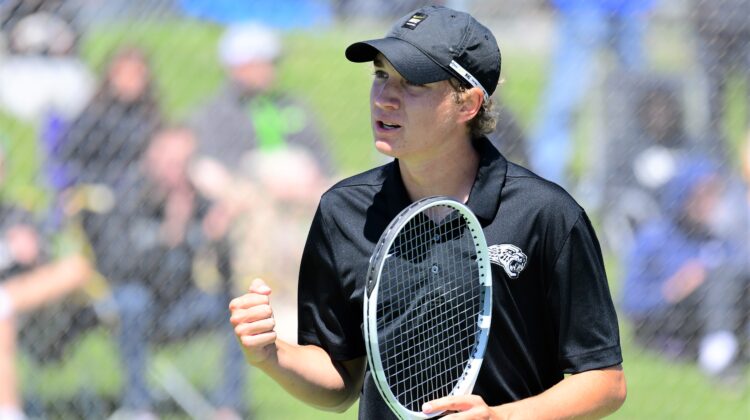 Will Blevins left it all on the tennis court Saturday.

So did his Ankeny Centennial teammates Nic Mackaman and Caleb Peterson.

Blevins earned a second-place finish in singles at the boys’ Class 2A state tournament in Cedar Rapids, while Mackaman and Peterson teamed up for a sixth-place finish in doubles. Both were the highest finishes in school history.

The unseeded Blevins knocked off top-seeded Will Ecklund of Waukee, 7-6, 6-3, in the semifinals. He then saved nine match points in the finals before dropping a 6-4, 6-3 decision to second-seeded Daniel Lu of Dowling Catholic, who handed Blevins three of his four losses this season.

In the doubles, Mackaman and Peterson rallied for a 6-7, 6-4, 10-5 victory over Samir Singh and BJ Wolf of Iowa City West in a consolation semifinal. The Jaguars’ unseeded duo then lost to James Matthews and Caden Rodning of Mason City, 6-4, 7-6, in the fifth-place match.

Check back later for complete coverage of the tournament.