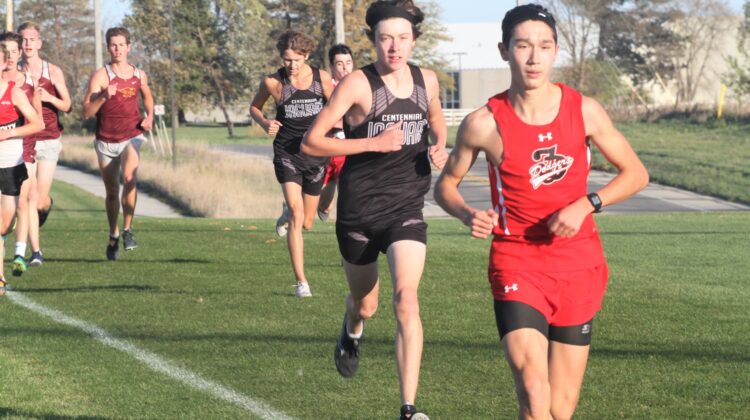 While dealing with the COVID-19 pandemic in 2020, the Ankeny Centennial boys’ cross country team enjoyed the best season in school history.

The Jaguars won a conference title for the first time and went on to place ninth in the Class 4A state meet with 243 points. It was the first top-10 finish for Centennial, which had placed 13th in its only previous state-meet appearance in 2015.

Now, Centennial coach Chad Fickbohm is hoping that the Jaguars can enjoy some time together away from competition.

“The biggest thing is to bring back the team relationships we missed out on last year,” said Fickbohm, whose team is 11th in the Class 4A preseason rankings by the Iowa Association of Track Coaches. “The senior class has that as the top way to build a legacy.”

Centennial will have to replace the bulk of its varsity lineup. Gabriel Vicker placed 23rd in last year’s state meet and has graduated along with Kade Christensen, Connor Cunningham and Nate Jones.

There are 60 boys on the roster, including seniors Cooper Majors, Karsten Peters and Tyler Schermerhorn. Those three all competed at last year’s state meet.

“The experience of the seniors that competed at state brings great leadership,” Fickbohm said. “They are teaching the younger athletes to not focus on just themselves. They have taken what they have learned and are improving themselves and the team.”

Peters placed seventh at the CIML Iowa Conference meet as a junior, helping the Jaguars to a 13-point victory over Ames. He posted a time of 16 minutes 45 seconds on the Iowa State cross country course.

Among the team’s other returnees are Parker Lundberg, Brendan Owens, AJ Schermerhorn and Noah Segar. They were all on the cusp of the varsity lineup a year ago.

“The practices have been going well,” Fickbohm said. “The guys have really focused on bringing back the connections with the younger kids and supporting each other. We are getting nice leadership out of the group.”

“Those guys aren’t newcomers, but they have shown great improvement,” Fickbohm said. “And we have a couple of ninth graders, Aammin Hassan and Braden Vander Wilt, that look great.”

The Jaguars will open the season on Tuesday by hosting the Centennial Invitational at DMACC. The action gets under way at 5 p.m.

Centennial’s ultimate goal is to earn back-to-back trips to the state meet for the first time in program history.

“Of course the guys are focused on getting back to state, and they know we need everyone on the team to bring their best every day,” Fickbohm said.