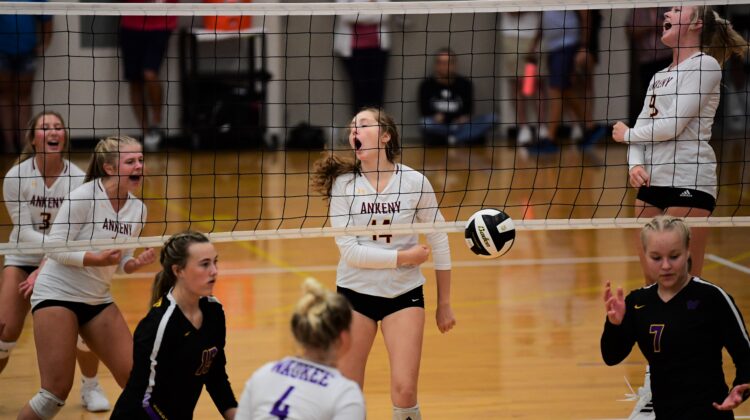 Once the Ankeny volleyball team got rolling on Tuesday, there wasn’t much that Fort Dodge could do to stop the Hawkettes.

Third-ranked Ankeny posted a 25-14 victory in the first set of its CIML Iowa Conference opener. The visiting Hawkettes then rolled in the next two sets, 25-5, 25-1, to complete a sweep.

“We got warmed up in the first set,” said Ankeny coach Dave Whims. “And then we dominated the rest of the way with good serving and strong attacks from the front line.”

Jesa Wallace dished out 20 assists for the Hawkettes. Adalyn Goodwin chipped in 12.

Lexi Stephens racked up five aces and 14 digs. Ankeny completed 95.9 percent of its serves while posting a .566 hitting efficiency.

The Dodgers dropped to 1-7 on the season.

“We used many players throughout the contest,” Whims said. “And we improved in unforced errors with only six on the night, and that is huge. We needed this convincing win heading into Saturday’s Marge White Classic at Valley, which will include some of the state’s best teams.”