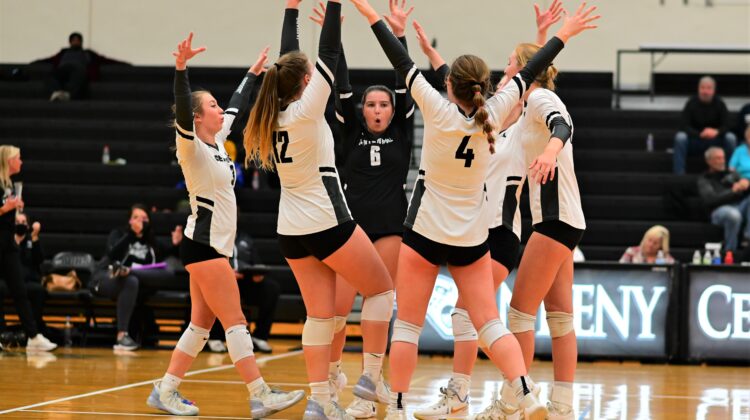 On paper, Thursday’s matchup between the Ankeny Centennial and Des Moines Roosevelt volleyball teams appeared to be a mismatch.

It turned out to be exactly that.

The seventh-ranked Jaguars had already defeated Roosevelt three times this season, and they did it again with a 25-14, 25-17, 25-10 victory in a Class 5A regional semifinal at Centennial.

Centennial (29-9) swept all nine sets against Roosevelt this season. The Roughriders finished with a 14-21 record.

Morgan DenBeste dished out 23 assists as Centennial hit .443 on the night while committing just five hitting errors. Meyer led the way with a .750 hitting percentage.

“I thought we came out well–focused, motivated and excited to start the tournament trail,” Rinehart said. “Overall, I felt we executed pretty well and got faster and better as the night went on.”

Mitchell completed 17-of-19 serves and had seven of the Jaguars’ nine aces. She helped offset the combined five aces by Roosevelt’s Noma Rodgers and Grace Hagge.

“They had a couple tough servers, which was good preparation for our passers for future matches,” Rinehart said.

Centennial will host No. 11 Cedar Rapids Prairie (22-13) in a regional final on Tuesday at 7 p.m. The Hawks advanced by outlasting Waukee Northwest in five sets.

“We’re excited to start prepping for that match,” Rinehart said.