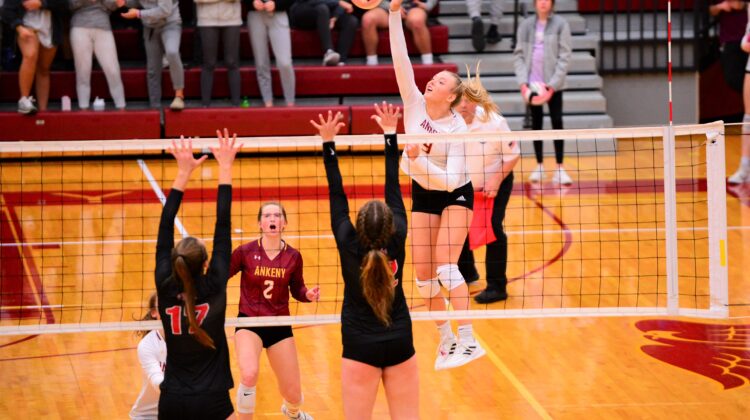 The Ankeny and Ankeny Centennial volleyball teams each placed three players on the CIML Iowa Conference first team. The Hawkettes and Jaguars, who tied for the league crown with newcomer Waukee Northwest, had six of the eight first-team selections.

Ankeny was represented by senior outside hitter Ava Reynolds, senior libero Lexi Stephens and sophomore outside hitter Aowyn Schrader. Reynolds, who racked up 435 kills while leading the Hawkettes to a 40-6 record, was a repeat selection to the first team.

Mirembe, who had a team-high 220 kills, was a repeat pick. Anderson, who suffered a season-ending knee injury during the Jaguars’ win at Ankeny on Sept. 28, was also a repeat selection.

Centennial’s Ella Becker, a senior libero, was a repeat pick to the second team. She was joined on the squad by teammate Marissa Meyer, a senior outside hitter.