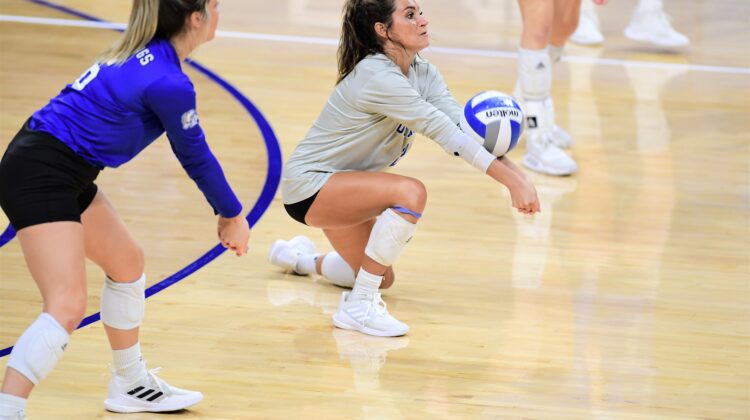 Now, the redshirt senior libero is the Bulldogs’ all-time leader as well.

Macke recorded 12 digs on Saturday during Drake’s sweep over visiting Southern Illinois at the Knapp Center. She became the Bulldogs’ career digs leader with her fifth dig in the second set.

It was the 2,424th dig of Macke’s career, eclipsing the record held previously by Alana Wittenburg, who competed for Drake from 2007-10. She now has 2,432 digs and counting.

“It feels somewhat unreal that I broke it,” said Macke. “I’m not sure if I’ve fully processed it yet, but it does feel pretty great!”

Macke recorded 486 digs as a freshman in 2017, then had 577 as a sophomore and 615 as a junior. Those totals rank 11th, seventh and fourth on the school’s single-season list.

That brought Macke’s career digs total to 2,075 after four seasons. She then elected to return for one final season this fall.