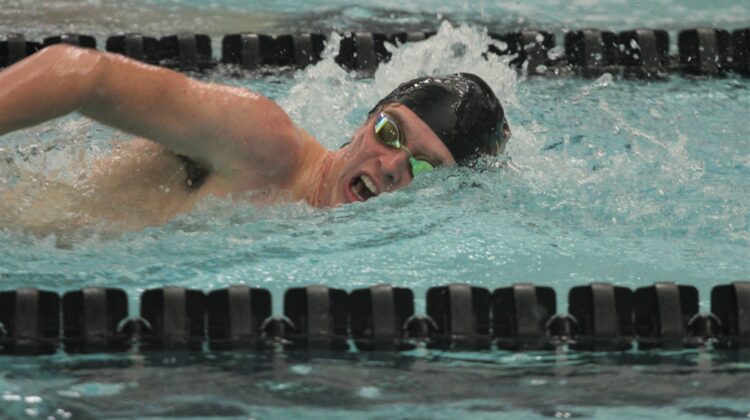 The Ankeny boys’ swimming team earned a second-place finish in the Mike Wittmer Invitational on Saturday at Ames.

The host Little Cyclones easily won the six-team meet with 423.5 points. The Hawks racked up 324.5 points, while Johnston placed third with 236.

The Hawks placed two swimmers among the top three finishers in the 100 breaststroke. Nathan Neppl was the runner-up in 1:04.14, edging teammate Hudson Griffin by .58 seconds.

Calvin Howard provided a fourth-place finish in the 100 butterfly. He was clocked in 56.08 seconds.

Peterson also swam the leadoff leg on Ankeny’s third-place 200 medley relay. He teamed up with Neppl, Schwebach and Devin Thornton to post a time of 1:41.93.

Thornton later combined with Zinn, Karsten Peters and Derek Stone for a third-place finish in the 200 freestyle relay. The Hawks were clocked in 1:33.30.

Ankeny also finished third in the 400 freestyle relay. The quartet of Schwebach, Zinn, Howard and Peterson posted a time of 3:24.02.