You are here: Home / Hawks / Winter / Boys' Bowling / ‘I like the direction we are going’: Ankeny bowling coach unfazed by Rams’ sweep 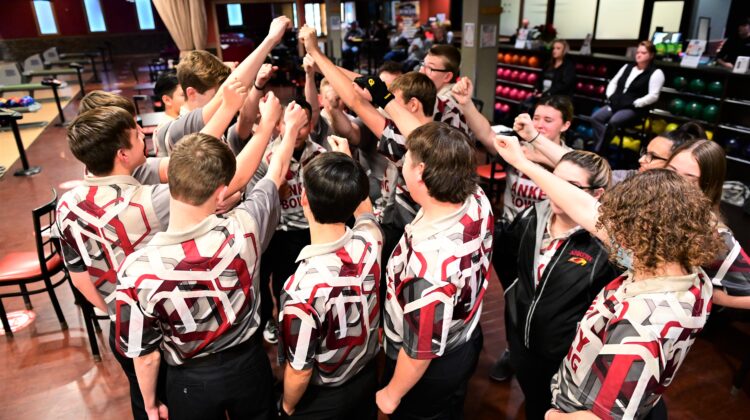 Lane Richtsmeier isn’t too concerned about the wins and losses.

The Ankeny bowling coach still likes the way his squads are competing, even after the Hawks and Hawkettes were swept by Southeast Polk in a dual meet on Tuesday at Great Escape.

“As a team, I like the direction we are going,” Richtsmeier said. “We have a lot of new faces this year, and it’s going to be a slow climb to the top. It’s like the old saying, ‘How do you climb to the top of a ladder? One step at a time!’

“We just have to keep working on our fundamentals day by day,” he added.

Blake Schumacher bowled a 381 series to lead Ankeny. He has been the team’s top scorer at all three meets and has been very consistent, having posted totals of 380 and 377 in his first two outings.

The Ankeny teams will travel to Fort Dodge on Tuesday for their CIML Iowa Conference opener against the Dodgers at the Family Bowling Center.