You are here: Home / Jaguars / Centennial wrestlers get 2 pins, 3 technical falls in 48-21 win at Mason City 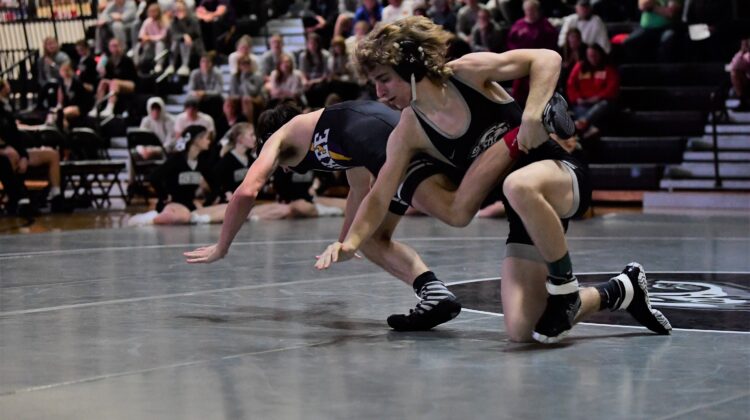 The Ankeny Centennial wrestling team cruised to a 48-21 victory at Mason City in its CIML Iowa Conference opener on Thursday.

The Jaguars got pins from 11th-ranked Carter Bennett at 138 pounds and Logan Song at 170. Cael Hron at 126, Drew Dunn at 145 and No. 5 Carter Cahill at 160 each won by a technical fall, while heavyweight Will Adams posted a 7-6 decision over Carter Gorder in a close battle.

“Overall, it was a good win,” said Centennial coach Jay Groth, whose team is now 6-0 overall. “Mason City has got some tough kids. We’re still working on getting better at what we do well.”

Mason City also won three close matches at the lower weights, including No. 7 Kale DiMarco’s 5-2 decision over Cody Vandermark at 106.

“We let a couple matches get away from us,” Groth said. “We didn’t finish what we started, but we’ll keep working and we’ll learn from our mistakes.”

The Jaguars will compete in the Don Miller Invitational on Saturday at Fort Dodge.