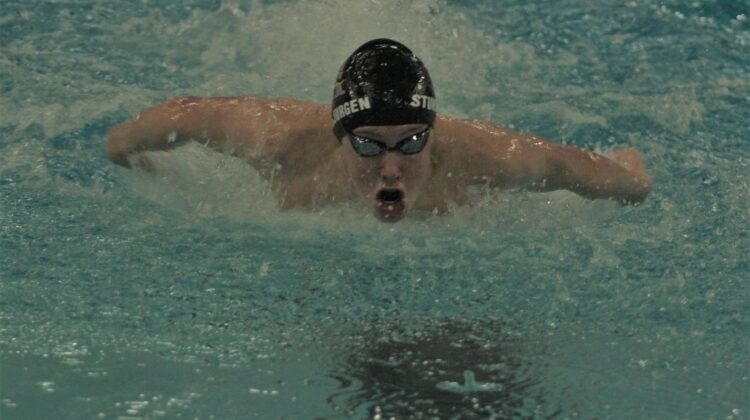 Tuesday wasn’t the best night for the Ankeny boys’ swimming team to have a depleted lineup.

With 15 of their swimmers unable to compete due to illness and the upcoming holiday break, the sixth-ranked Hawks traveled to No. 7 Waukee for a non-conference dual meet and lost to the Warriors, 100.5-69.5.

“Having that many guys out isn’t usually a recipe for success,” said Ankeny coach Justin Crouch, whose team dropped to 3-1 on the season. “Obviously, not all of these swimmers contribute at the varsity level, but it definitely left our cupboard a little less full today.”

Ankeny won just two of the 11 events. Lance Swanepoel took the 50 freestyle in 22.10 seconds, then later teamed up with Owen Schwebach, Brock Peterson and Zach Zinn to win the 400 freestyle relay in a time of 3:17.49.

Swanepoel placed second in the 100 butterfly in 50.34, finishing .23 seconds behind Waukee’s Drew Reiter. Those two also finished 1-2 in that event at last year’s state meet.

“Under the circumstances, I thought we swam quite well,” Crouch said. “Going into the meet I knew we were up against it with being a younger, inexperienced team against the returning state champions. After the meet, I told the boys that we may have lost on the scoreboard but we definitely belonged in the same pool as them. They did not outclass us. There were a lot of good races that went down to the last 5 yards that could have gone either way. I felt like we competed and wanted to atone for the lackluster effort on Saturday in Iowa City.”

Peterson added a second-place finish in the 100 backstroke. He turned in a time of 57.77.

One of the best races came in the 200 freestyle relay, where the Ankeny foursome of Swanepoel, Howard, Devin Thornton and Schwebach placed second in 1:29.14. Waukee won the event in 1:28.63.

Reiter swam the third leg in 21.44 seconds to put the Warriors ahead. Cooper Rogers then held on for the win, holding off a strong anchor leg by Schwebach–who had a split of 21.70.

“This meet will give us the incentive to get back to work and train here over the winter break,” Crouch said. “Swimming against a quality opponent gave the coaching staff an opportunity to look at the positives and the negatives of where this team is at. With these three weeks we will go into training mode to prepare ourselves for championship season. The way this team works, I don’t expect this team to take a back seat to anyone the rest of the year. We are not talented enough to just show up, but I expect this team to prepare and get better.

“I am excited to see where and how we improve over the coming weeks,” he added.