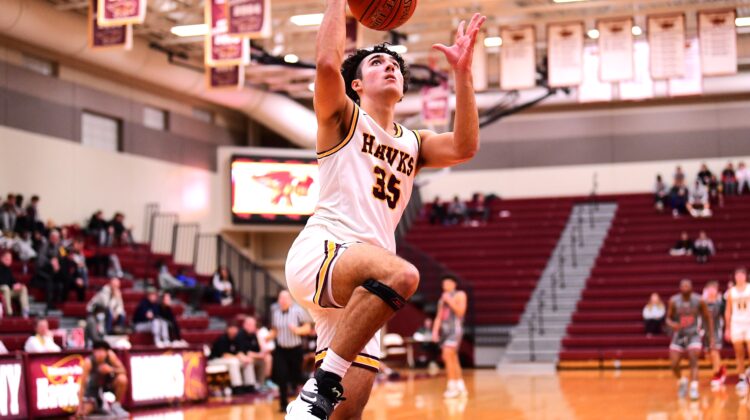 It’s been an impressive week for the Ankeny boys’ basketball team.

The Hawks rolled to their third consecutive double-digit victory with an 82-55 win at Des Moines East in a non-conference game on Saturday.

“It feels good to finish the week 3-0,” said Ankeny coach Brandt Carlson. “Once we got our rhythm, I felt like our guys played well. We were able to get all of our guys in the game and a special moment for senior Anthony Hawkins to make his first varsity basket (on a 3-point goal). Anthony has been a valuable member of our program, and his great attitude and leadership has been an inspiration to our team.”

Ankeny (7-2) built a 19-9 lead by the end of the first quarter. The Hawks increased their advantage to 41-23 at halftime, then pulled away to a 63-36 margin after three periods.

“Alex (Aguirre) led us in scoring, and we had good contributions from multiple guys,” Carlson said. “This week has allowed us to build momentum for a big week of games starting Tuesday at Centennial.”

Aguirre poured in a career-high 24 points on 11-of-12 shooting from the field. He also had five rebounds, three assists and two steals.