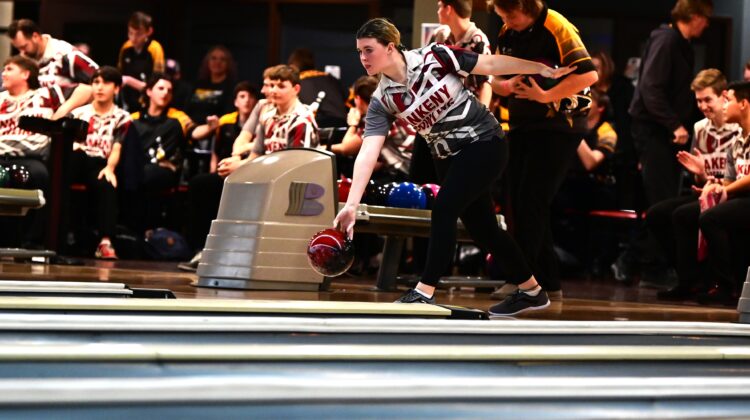 Sometimes, you just have to tip your cap to your opponent.

That was the case on Thursday for the Ankeny boys’ bowling team, which posted a season-high score but still lost to visiting Waukee in a non-conference dual meet at Great Escape. The Warriors won by a score of 2,913 to 2,627.

“The boys posted their best meet so far this year and just got outbowled,” said Ankeny coach Lane Richtsmeier. “Hats off to Waukee. They bowled really well and have some great talent. We just have to keep that momentum going as we approach the postseason and keep working on our spares and shot-making.”

Ankeny’s previous high of 2,587 came in a win over Des Moines Hoover on Jan. 10 at Game Day Lanes.

Waukee also won the girls’ meet by a score of 2,447 to 1,131. Cora Ostrem, Kyla Slauson and Adria Steinmetz each bowled a 338 series as the Warriors improved to 11-1 overall.

Kali Ogg had a 262 total. Lilianna Sinclair finished with a 211.

The Ankeny teams will face Gilbert in a non-conference dual meet on Tuesday at Perfect Games.