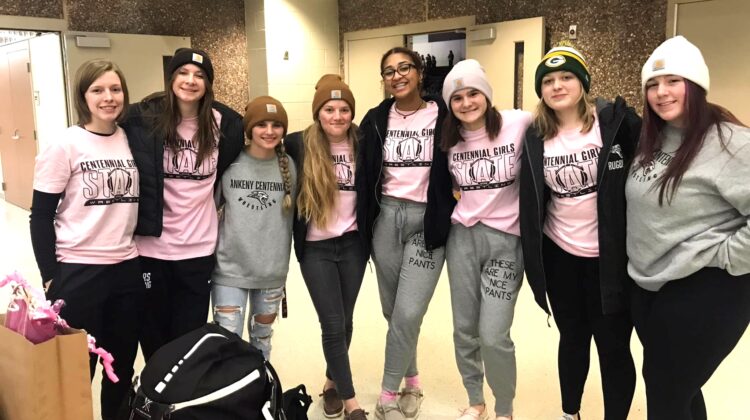 It was a good weekend for the Ankeny and Ankeny Centennial female wrestlers.

The future for the sport of girls’ wrestling looks even brighter.

While both Ankeny schools had some competitors in the girls’ state tournament, the Iowa Girls’ High School Athletic Union announced prior to the start of the championship round that it will begin sanctioning wrestling as a varsity sport in the 2022-23 school year.

“This has been a long time coming,” said Centennial coach Jay Groth. “There were 695 girls (competing) at this year’s state tournament. Our girls are excited.”

Ankeny coach Jack Wignall said he was pleasantly surprised by the announcement from the IGHSAU.

“I didn’t think it was going to happen the way it happened,” he said. “But I’m so glad they did it that way. I thought maybe it would be another season out.”

On the mat, both Ankeny and Centennial have already had some success. The Jaguars placed 22nd among 149 teams at the state tournament.

“Grace is leaving as somebody who’s really been a trendsetter,” Groth said. “She’s the real gold standard as far as Centennial girls’ wrestling goes. She wrestled great, and so did Dana.”

Ankeny’s Mallorie McGuire also advanced to the second day of the tournament.

“She went 4-1 on the first day and won some really close matches,” Wignall said. “She wrestled tough and was smiling. She needed to win two matches on Saturday to place in the top eight, but she ended up getting pinned. But she wrestled great and had a lot of fun.”

Wrestling will become the 11th sport to be sanctioned by the IGHSAU and the first since bowling was added in 2007. Iowa becomes the 34th state association to sanction girls’ wrestling.

“I knew this was coming,” he said. “But I was happily surprised that the turnaround was that quick, because I feel like they’ve really dragged their feet on this with girls’ wrestling. It was kind of frustrating, but I think when the University of Iowa added women’s wrestling that really sealed the deal. It was just a perfect storm, and I love it.