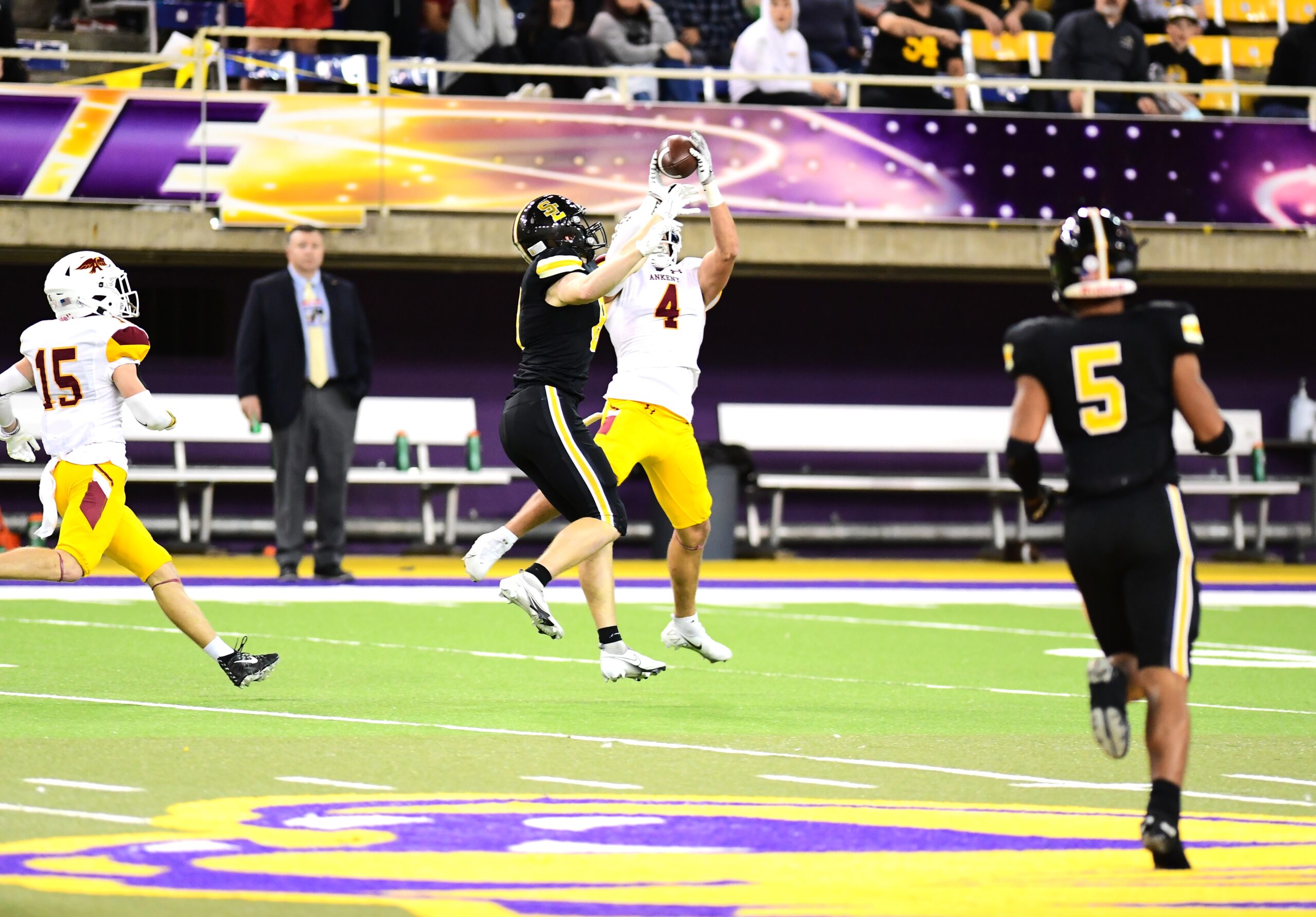 Ryan Crandall has decided to wear different shades of purple and gold.

After earlier committing to play football at Minnesota State-Mankato, the Ankeny defensive back has signed a letter of intent to play for Western Illinois next year.

“It was a hard decision, but it’s always been a dream of mine to play at the highest level I can possibly play at,” Crandall said.

Crandall committed in December to Mankato, an NCAA Division II school. At the time, he became the third Ankeny player in this year’s class to commit to the Mavericks, joining running back Colin Kadolph and place-kicker/punter Max Pelham.

But Western Illinois and Northern Iowa both came in with late offers for Crandall. The Leathernecks and Panthers are both NCAA Division I FCS schools.

Crandall has been a football, basketball and baseball standout at Ankeny. He was named to the all-state first team by the Iowa Print Sports Writers Association after helping the Hawks to a runner-up finish in the Class 5A football playoffs last fall.