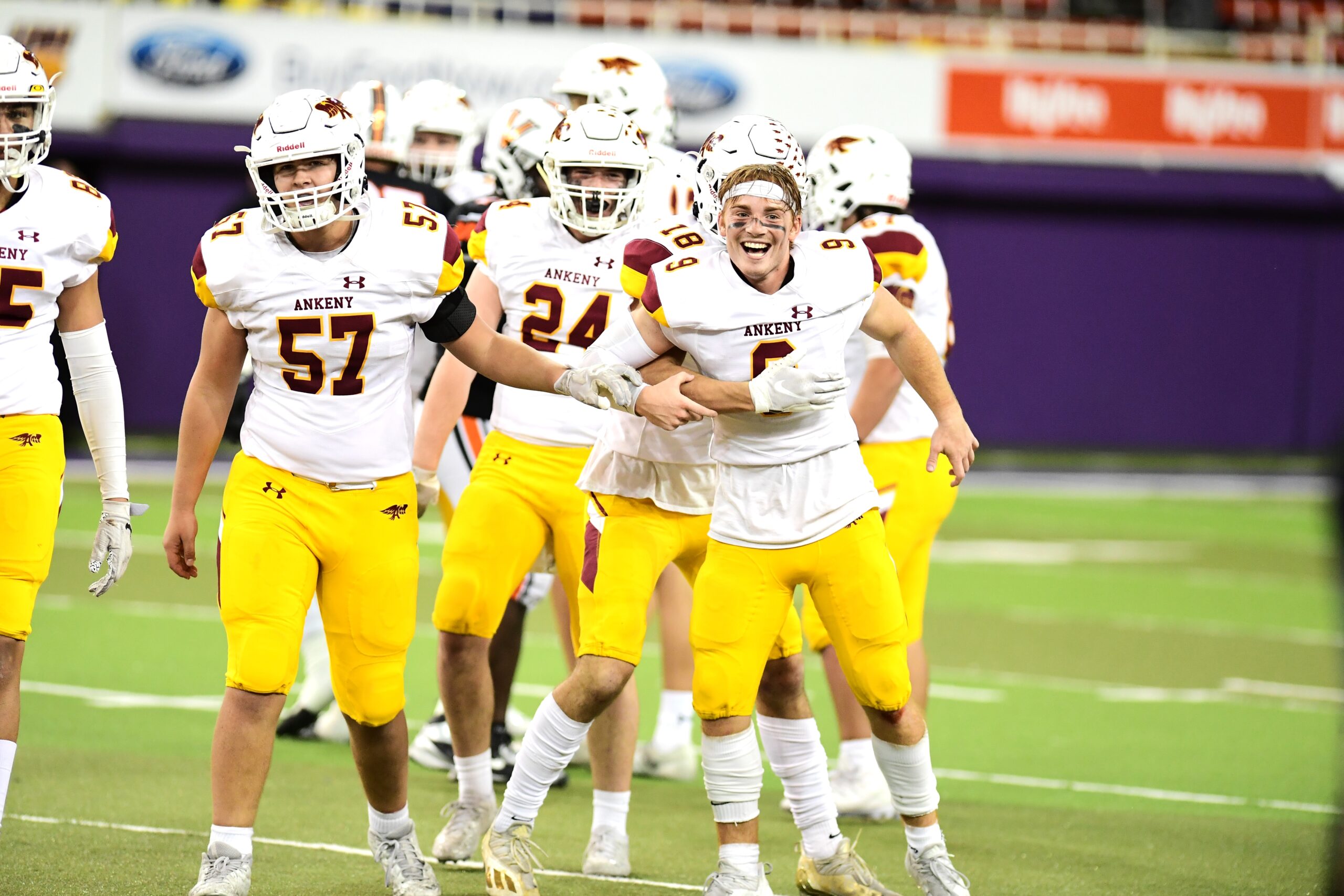 Ankeny defensive back Will Cornwell was among the state’s leaders in interceptions last season.

The 5-foot-10, 180-pound senior has signed a letter of intent to play for Colgate University, a Division I school located in Hamilton, N.Y. The Raiders are members of the Patriot League.

“I had multiple Division II and NAIA offers,” Cornwell said. “But I have really developed a great relationship with the (defensive back) coach at Colgate (Ameer Riley) that dates back almost a year now.”

Cornwell played a key role on Ankeny’s state championship team in 2020 and the Hawks’ runner-up squad in 2021. As a senior, he made 36.5 tackles and had six interceptions, including one that he returned 66 yards for a touchdown in Ankeny’s quarterfinal win at Cedar Rapids Prairie.

Cornwell tied for the Class 5A lead in interceptions and tied for 10th overall among all classes. He was named to the Class 5A all-state second team by the Iowa Print Sports Writers Association.

Cornwell will now join a Colgate program that placed second in the conference a year ago with a 5-1 record.

“I really liked the chance to not only play football at an elite DI level but also be able to get a great education at one of the most prestigious universities in the country,” Cornwell said.