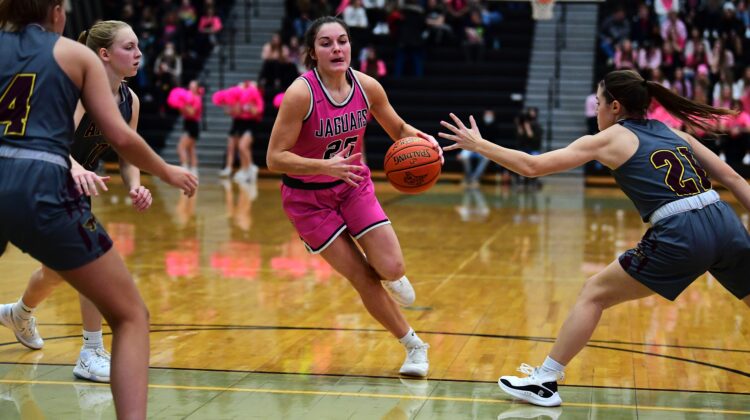 Chalk up another postseason honor for the duo of Cleao Murray and Jenna Pitz.

The two girls’ basketball standouts have both received all-state honors from the Iowa Girls’ Coaches Association.

Both players were previously honored by the Iowa Print Sports Writers Association. Murray was a first-team pick by the IPSWA, while Pitz was named to the third team.

Earlier, Murray and Pitz were both selected to the Class 5A West all-district team by the Coaches Association. They were also unanimous picks to the CIML Iowa Conference first team by a vote of the league’s coaches.

Class 5A state champion Johnston and runner-up Waterloo West each placed two players on the Coaches Association’s Class 5A first team. The Dragons were represented by Jada Gyamfi and Anna Gossling, while the Wahawks landed Halli Poock and Sahara Williams on the squad.