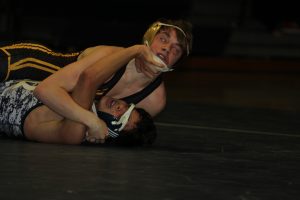 The Ankeny wrestling team closed out the regular season on Thursday with a pair of victories in a double dual meet at Des Moines Roosevelt. The Hawks rolled to a 73-3 win over Roosevelt before posting a 42-32 triumph over Carlisle. They raised their record to 10-8 on the season. "It was a long night," said Ankeny coach Jack Wignall. "Some of our guys … END_OF_DOCUMENT_TOKEN_TO_BE_REPLACED 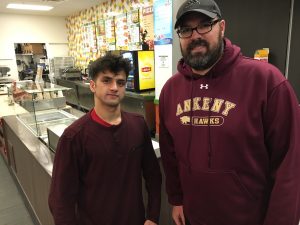 Barsat Fnu of the Ankeny wrestling team is the Ankeny Fanatic Sub of the Week sponsored by Blimpie. Fnu placed sixth at 113 pounds in the Bob Sharp Invitational on Jan. 13 at Ankeny. He has been filling in for injured freshman Caleb Rathjen, who is ranked second in Class 3A. "Barsat is a first-year wrestler, originally from Afghanistan, and just an … END_OF_DOCUMENT_TOKEN_TO_BE_REPLACED