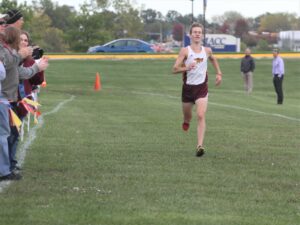 During his long tenure as the Ankeny boys' cross country coach, Steve Arneson guided dozens of runners to an appearance in the state meet. Ankeny qualified for state for 22 consecutive years from 1990-2011, the third-longest streak in state history. Only Cedar Falls (1992-2016) and Monticello (1997-2019) have had longer streaks. Arneson coached the … END_OF_DOCUMENT_TOKEN_TO_BE_REPLACED