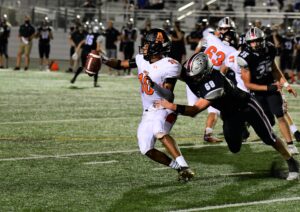 Defensive lineman Griffin Neal was one of the most consistent players on the Ankeny Centennial football team last fall. His performance led to an opportunity to play at the next level. Neal has verbally committed to join the Wartburg College football program. "I looked at a few schools other than Wartburg, but Wartburg just caught my attention a lot … END_OF_DOCUMENT_TOKEN_TO_BE_REPLACED 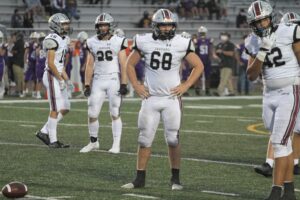 Senior nose guard Griffin Neal is a member of the Ankeny Centennial football team. He made 2.5 tackles, including a sack, and also recovered a fumble in the Jaguars' 14-7 loss at ninth-ranked Johnston on Friday. Neal has racked up 11 tackles on the season. Nine of them have been solo stops. Here is some inside info on Neal: I know your team doesn't … END_OF_DOCUMENT_TOKEN_TO_BE_REPLACED