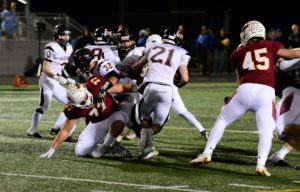 Ankeny defensive lineman Jack Kriebs wanted to play football at the highest level that he could. That's why Kriebs turned down offers from some smaller schools and accepted an invitation to join Northern Iowa's program as a preferred walk-on. "I had some offers from jucos like Iowa Western and Iowa Central and NAIA but nothing DI," said Kriebs. "I … END_OF_DOCUMENT_TOKEN_TO_BE_REPLACED 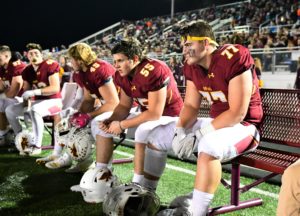 Senior defensive lineman Jack Kriebs helped the Ankeny football team to a 45-7 victory over visiting Sioux City East on Friday. The win allowed the Hawks (6-3) to secure a Class 4A playoff berth. Kriebs has made 30.5 tackles on the season, which ranks fifth on the squad. He leads the Hawks with 12 solo tackles for losses and eight sacks. Here is some … END_OF_DOCUMENT_TOKEN_TO_BE_REPLACED