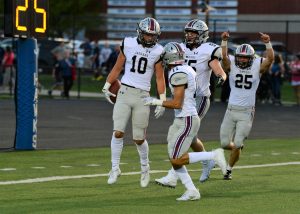 Ankeny Centennial offensive lineman Brady Petersen hobbled up and down the sidelines during Friday's football game at Urbandale. He was joined on the bench by two other injured starters--running back Avery Gates and defensive end Lucas Pieper. But even without three of their best players, the Jaguars rolled to an impressive 41-21 victory. They scored … END_OF_DOCUMENT_TOKEN_TO_BE_REPLACED 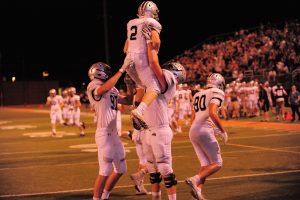 Jackson Huber carried the "Turnover Hammer" as he walked off the field at Valley Stadium on Friday night. The Ankeny Centennial junior also had a big smile on his face. Huber helped defend a fourth-down pass that fell incomplete in the final seconds, sealing the fifth-ranked Jaguars' 14-7 victory over No. 4 Dowling Catholic. It was Centennial's second … END_OF_DOCUMENT_TOKEN_TO_BE_REPLACED