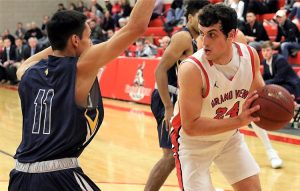 For much of his college basketball career, Jordan Brunkow has been a role player at Grand View, providing a little bit of everything for the Vikings. Now a senior, Brunkow has emerged as a potential star in his final season. The 6-foot-5 wing player received a pair of awards this week after leading Grand View to wins over two nationally-ranked … END_OF_DOCUMENT_TOKEN_TO_BE_REPLACED 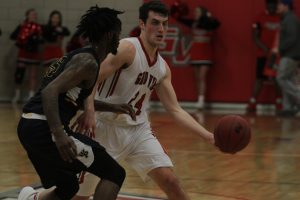 The basketball careers of Jordan Brunkow and Jay Schon have been intertwined for a long time. The duo played together at Ankeny High School in the 2012-13 season before moving across town to Ankeny Centennial, where they helped the Jaguars to a 36-9 record in the first two years of the school's program. Brunkow then moved on to Grand View, where he was … END_OF_DOCUMENT_TOKEN_TO_BE_REPLACED