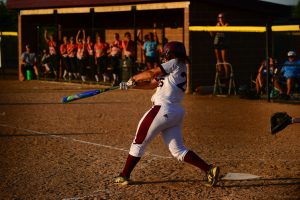 Opposing softball teams might want to think twice before pitching to Ankeny's Kennedy Thomas with the bases loaded. Thomas hit her fourth grand slam of the year, Jasmine Rumley added a pair of solo blasts, and the ninth-ranked Hawkettes rolled to a 12-0 victory over visiting Council Bluffs Jefferson in four innings in a Class 5A regional semifinal on … END_OF_DOCUMENT_TOKEN_TO_BE_REPLACED 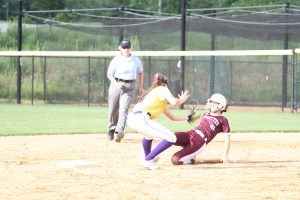 The race for the CIML Central Conference softball title will be decided on Monday night. That's when ninth-ranked Valley will host No. 8 Ankeny in a head-to-head showdown for the crown. The doubleheader begins at 6 p.m. Both teams are now 13-4 in the conference after the Hawkettes swept a twinbill on Thursday at Ames. They rolled to a 14-1 victory in … END_OF_DOCUMENT_TOKEN_TO_BE_REPLACED 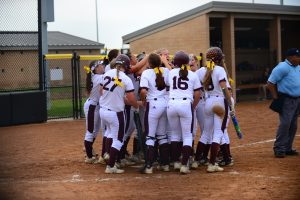 Even when Kennedy Thomas thinks she has hit a pop fly, the ball often carries over the fence. Thomas hit a pair of home runs, including a go-ahead grand slam in the sixth inning, to lead the eighth-ranked Ankeny softball team to a 10-9 victory at rival Ankeny Centennial in a rain-shortened game on Monday. "I did get a pitch I was looking for on the … END_OF_DOCUMENT_TOKEN_TO_BE_REPLACED 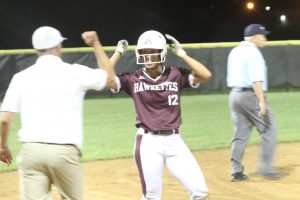 With one swing of the bat, Malea Daugherty lifted the Ankeny softball team back into sole possession of first place in the CIML Central Conference. Daugherty hit a walk-off single with two outs in the eighth inning to give the 11th-ranked Hawkettes a 5-4 victory over No. 12 Southeast Polk in the second game of a doubleheader on Wednesday at Ankeny. The … END_OF_DOCUMENT_TOKEN_TO_BE_REPLACED 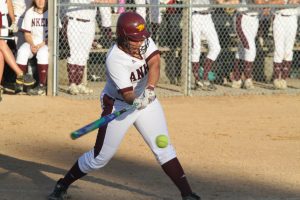 Senior first baseman and pitcher Kennedy Thomas has helped the Ankeny softball team to a 17-5 record and a No. 11 ranking in Class 5A. Thomas is batting .423 with eight home runs, six doubles and 32 RBIs. On the mound, she has compiled a 4-1 mark with a 3.42 ERA. Here is some inside info on Thomas: Congratulations on a great season thus far. What … END_OF_DOCUMENT_TOKEN_TO_BE_REPLACED