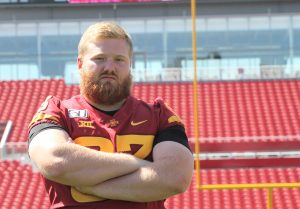 Collin Olson didn't earn his first collegiate start until the third game of his redshirt junior season on the Iowa State football team. Now, after starting the final 11 games last year, Olson is firmly entrenched as the No. 1 left guard on the Cyclones' offensive line. However, the former Ankeny Centennial standout still doesn't consider himself a … END_OF_DOCUMENT_TOKEN_TO_BE_REPLACED 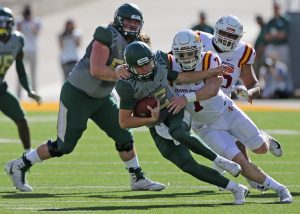 Senior linebacker Joel Lanning played a major role in Iowa State's turnaround on the football field this season, racking up 110 tackles and five sacks as the Cyclones posted a 7-5 record heading into the AutoZone Liberty Bowl against Memphis on Dec. 30. Lanning, who was named a first-team all-American by the Football Writers Association of America, was a … END_OF_DOCUMENT_TOKEN_TO_BE_REPLACED