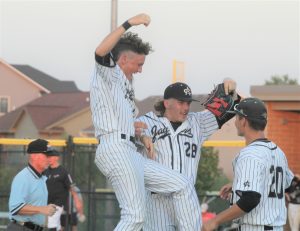 Ankeny Centennial's Trey Morris had not even thrown 70 pitches when he back out to the mound for the start of the seventh inning in Friday's Class 4A substate baseball quarterfinal against visiting Waterloo West. Despite temperatures in the 90s and with teammate Tyler Heinzerling warming up in the bullpen, Morris knew that there was enough life left in … END_OF_DOCUMENT_TOKEN_TO_BE_REPLACED 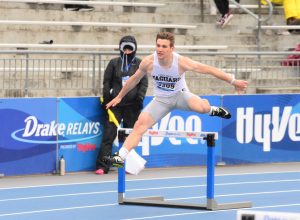 Ankeny Centennial hurdler Dylan DeAngelo didn't have much time to recover after running in the shuttle hurdle relay on Saturday at the Drake Relays. It turned out to be a good thing. About an hour later, DeAngelo raced to a fourth-place finish in the boys' 400 hurdles on a cold and rainy afternoon. The junior posted a time of 54.10 seconds, which set a … END_OF_DOCUMENT_TOKEN_TO_BE_REPLACED 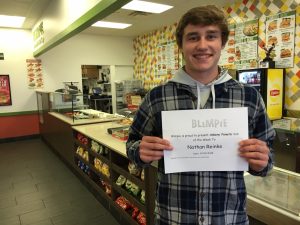 Nathan Reinke of the Ankeny Centennial football team is the Ankeny Fanatic Sub of the Week sponsored by Blimpie. Reinke, a junior defensive end, became a starter when teammate Kyle Gustafson suffered a season-ending knee injury last month. He has contributed 19 tackles while helping the third-ranked Jaguars to a 9-0 record and a No. 1 seed in the Class 4A … END_OF_DOCUMENT_TOKEN_TO_BE_REPLACED