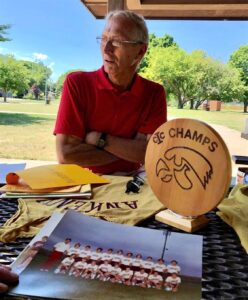 The loss of former Ankeny High School teacher, coach and administrator Scott Osborn has resonated throughout the entire community. Osborn passed away on Saturday after a three-year battle with ALS. He was 72 years old. "His passing is a tragic loss to all who knew him," said former Ankeny athletic director Fred Smith. During a 39-year career in the … END_OF_DOCUMENT_TOKEN_TO_BE_REPLACED 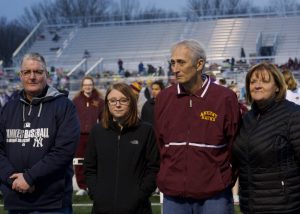 As the weather cooled off Thursday night, many of the fans attending the Hawkette Invitational were probably anxious for the meet to end. Scott Osborn wasn't one of them. The former Ankeny boys' track coach was honored at the meet by having the 4x400 relay named after him. Southeast Polk won the inaugural race and received a commemorative … END_OF_DOCUMENT_TOKEN_TO_BE_REPLACED