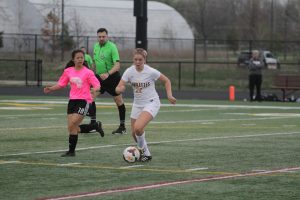 Ankeny senior Alexis Legg showed on Friday why she's considered one of the state's top girls' soccer players. The Augustana (S.D.) recruit scored four goals to lead the fifth-ranked Hawkettes to a 10-0 victory over visiting Marshalltown. She has now scored 18 goals on the season, putting her just one goal behind a group of six players that leads the state … END_OF_DOCUMENT_TOKEN_TO_BE_REPLACED 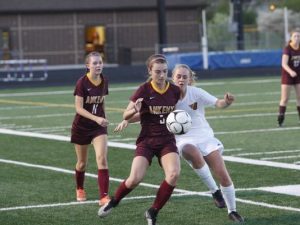 A year ago, Chloee Kooker was one of the state's most prolific offensive players, accounting for nearly 40 percent of the Ankeny girls' soccer team's goals. Kooker racked up 25 goals and nine assists while leading the Hawkettes to an 11-8 record. The Indiana State recruit was named to the Class 3A all-state second team by the Iowa Girls' Coaches … END_OF_DOCUMENT_TOKEN_TO_BE_REPLACED