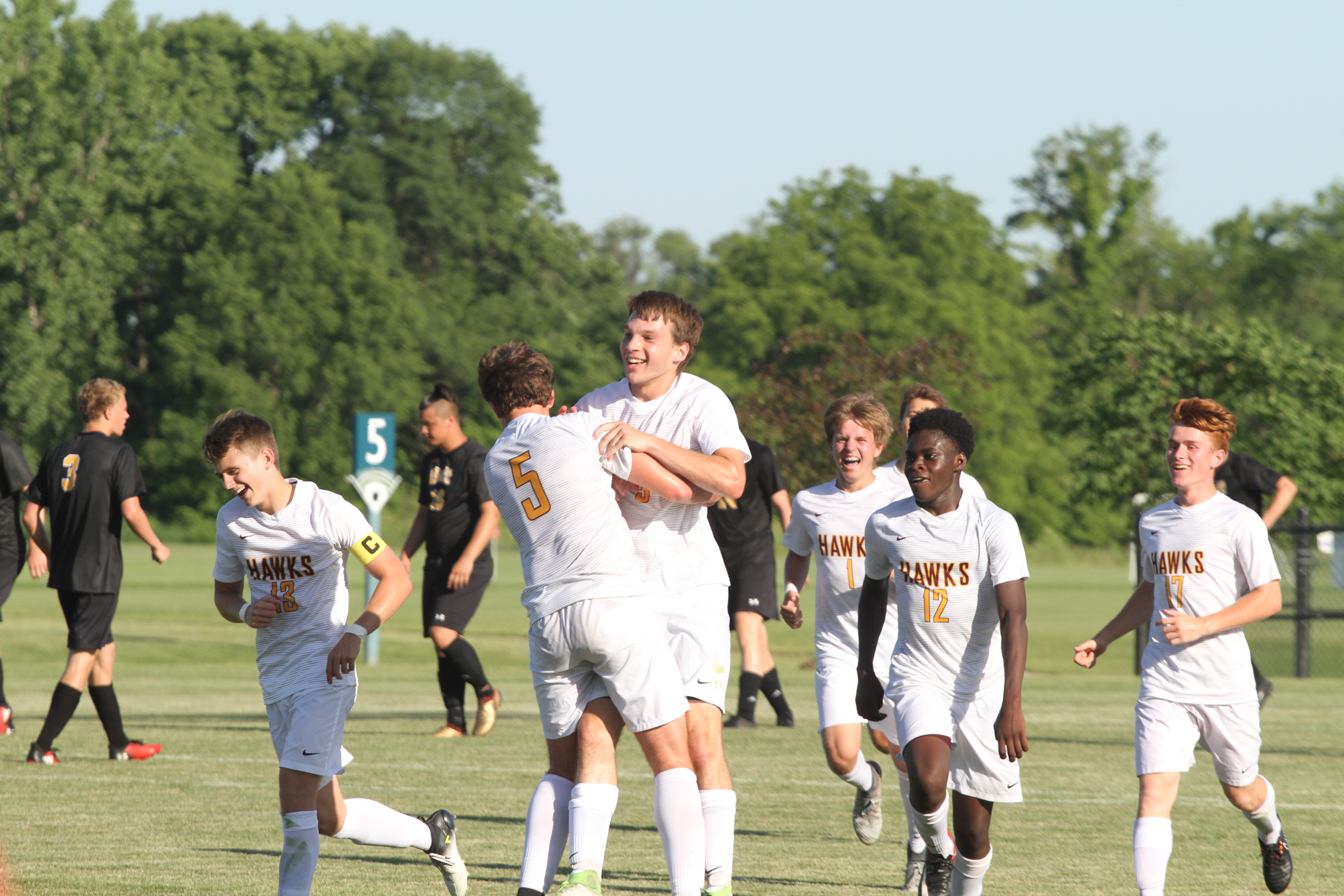 Somehow, the Ankeny boys’ soccer team will have to find a way to regroup.

The sixth-ranked Hawks (16-5) will play No. 5 Iowa City West (18-4) for third place in the Class 3A state tournament on Saturday at 4:10 p.m. after suffering a heartbreaking loss in Friday’s semifinals at Cownie Soccer Complex in Des Moines.

Ankeny built a 3-0 lead against No. 3 Bettendorf and appeared to be on its way to the championship game before the Bulldogs stormed back for a 4-3 overtime victory, capped off by Brant Mueller’s golden goal in the 90th minute.

“We should have taken care of the game. We were the much better team,” said Ankeny coach Jordan Burns. “We played really good soccer. Ankeny is a fantastic advertisement for soccer, but when it comes down to this part of the season, it’s about winning games. And unfortunately, we didn’t do that. We’ve got to take it on the chin. It’s our fault.”

Bettendorf’s rally began in the 50th minute, when Ankeny was called for a handball in the box. Zach Elias converted the ensuing penalty kick for the Bulldogs (16-2).

“I know we shouldn’t be blaming our loss on the refs, but I feel once he made the handball call–which I think was questionable–it changed the game,” said Ankeny defender Jack Nurre. “(Bettendorf) had momentum going forward, and we did poorly to weather that.”

Burns agreed that the handball call was a critical one.

“I feel like the referee gave them a lifeline. I don’t think it’s a penalty kick,” he said. “The exact same thing happened on the other side of the field, and we didn’t get it. Caleb (Davis)’s hands were in a natural position, and there were a lot of people going for (the ball), and the referee gave them a complete lifeline which helps them get in the game.

The Bulldogs closed the gap to 3-2 when Mueller scored the first of his two goals in the 63rd minute. He found the net from about 20 yards out after the ball was deflected off a corner kick.

Then, in the 70th minute, Dustin Harris broke free along the left side and crossed the ball to Blake Rollinger, who finished for the equalizer that completed Bettendorf’s comeback and forced extra time.

Neither Burns nor Nurre used the sweltering conditions as an excuse for the Bulldogs’ second-half rally.

“I think we were the fitter team,” Nurre said. “I thought they were more tired than we were, and we did play more subs than we normally do. It’s hot for both teams–it’s not an excuse.”

Both squads attacked in the overtime period in an effort to score the game-winner. But both goalkeepers–Zach Young of Ankeny and Micah Poole of Bettendorf–were up to the challenge.

Then, just as the game appeared to be headed to a second overtime, Mueller struck again. He dribbled the ball down the middle of the field, then fired a shot into the upper left corner of the net.

“It had nothing to do with the heat, nothing to do with anything to be honest,” Burns said. “We’ve got our own share of the blame. We were 3-0 up, and we lost the three goals. There’s nothing else to blame except ourselves. We’ve got to hold ourselves accountable, and that’s just soccer at times.”

Ankeny had dominated the first 50 minutes of the game. The Hawks took a 1-0 lead barely 5 minutes into the contest when Charlie Pritchard scored off a direct kick by Peter Gaspari.

Early in the second half, the Hawks added two goals in a span of 3 minutes. Josh Aboagye cleaned up another direct kick by Gaspari to make it 2-0, then Jack Christmann followed shortly thereafter with a goal off a corner kick.

“I think there were hopes that we would go farther and hopefully win a title, but nevertheless, I’m happy with how this team did,” Nurre said. “I’m proud of this team and happy that I got to play on it.”