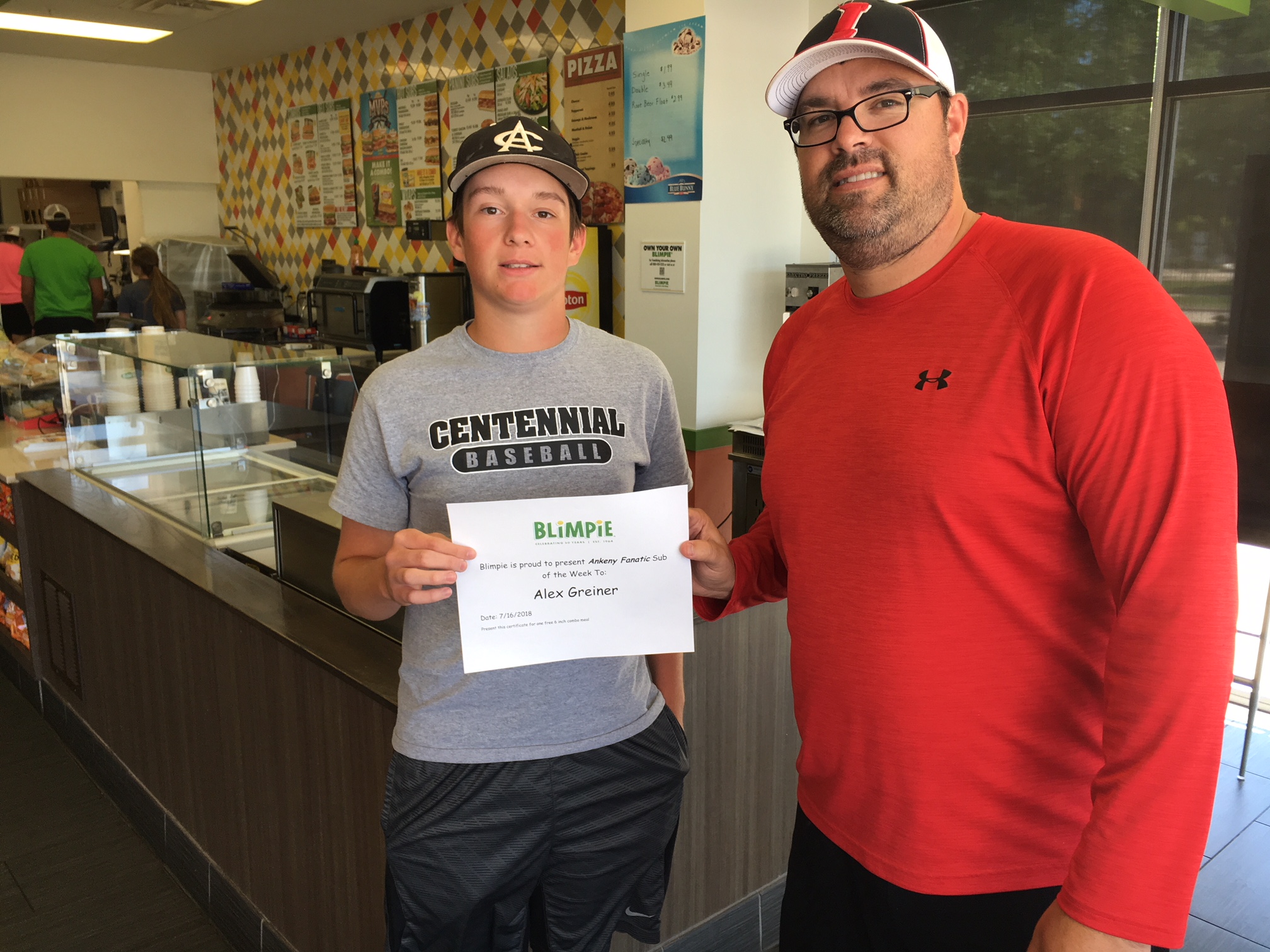 Alex Greiner of the Ankeny Centennial baseball team is the Ankeny Fanatic Sub of the Week sponsored by Blimpie.

Greiner helped the Jaguars to a 21-19 record this season. The sophomore lefthander compiled a 4-1 mark on the mound with a 1.78 ERA.

Greiner got the start in Monday’s Class 4A substate semifinal at 10th-ranked Valley. He received a no-decision in the Jaguars’ 5-4 loss, allowing four runs on seven hits over the first six innings while walking none and striking out three.