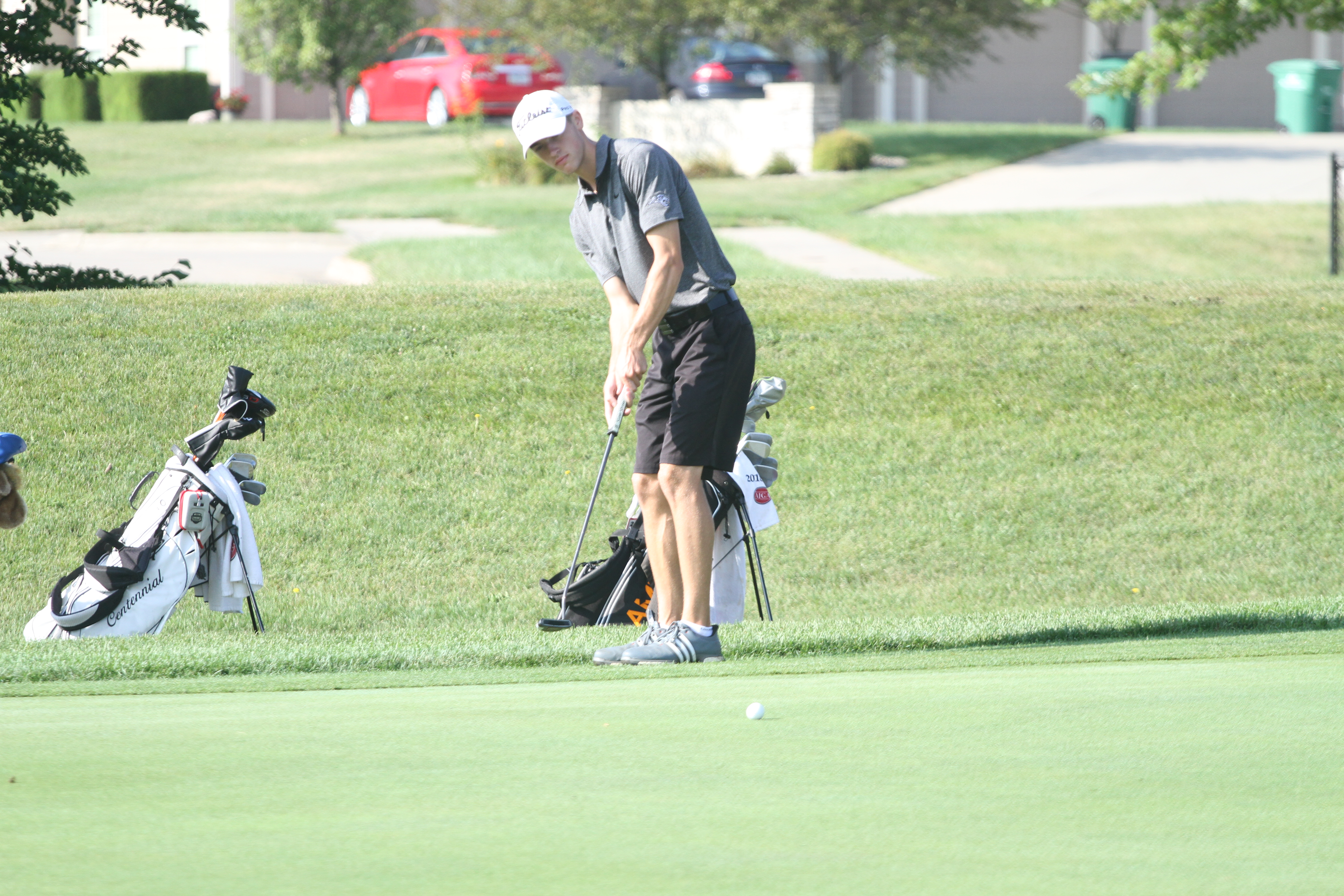 Ankeny Centennial’s Eric Ossian lined up his putt from just off the green on the No. 3 hole during Friday’s dual meet against Ames at Briarwood Golf Club.

The senior then knocked his putt into the hole for an eagle, one of many highlights on the day as the Jaguars posted a 305-318 victory in their CIML Central Conference opener.

Centennial also racked up nine birdies en route to the win, three of them by Ossian, who finished with a 77.

“I’m very proud of the way the boys bounced back after a tough test at Blue Top,” said Centennial coach Rick Fee. “Our team knows they can all shoot in the mid-70s every time, but we need to be consistent doing so. I have said if we want to be in contention we need to get our team score down to 300, which means four average scores of 75.”

Ames’ Connor Vanweelden carded a 1-over-par 73 to earn medalist honors. But the Little Cyclones had only other score in the 70s, a 78 by Sam Vertanen.

Centennial’s Russell Rydin was the runner-up with a 76. He won a cardoff against teammates Chris McAleer and Brian Kolpek, who also finished at 4-over-par.

Drake Ellgren shot an 82 for the Jaguars. Kaleb Faas added an 87.

“We are going to focus on our short game and approach shots to achieve our team goal of shooting 300,” Fee said. “The boys turned a big corner on Friday, and now we’re looking forward to our home invite on Monday.”