You are here: Home / Jaguars / Winters leads Centennial to sweep over Little Cyclones 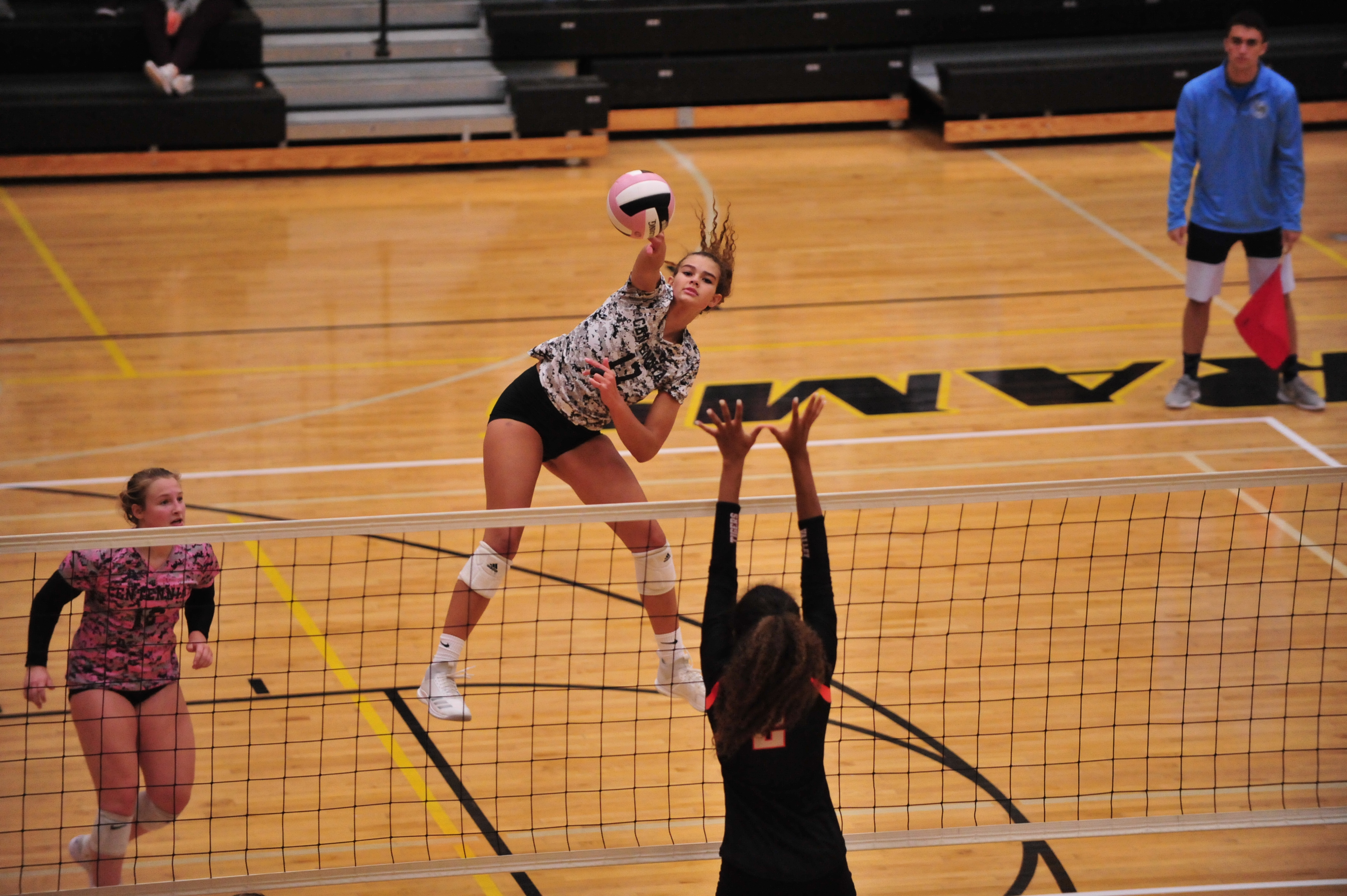 On Tuesday, Winters had a huge match as the second-ranked Jaguars rolled to their 17th consecutive victory. She pounded 10 kills and posted a .600 hitting percentage to lead Centennial to a 25-11, 25-9, 25-10 triumph over visiting Ames.

Winters also had a pair of blocks and completed 17-of-18 serves with three aces.

Kenna Sauer had nine kills and nine digs for the Jaguars, who hit .438 as a team. Devyn Robinson added seven kills and a team-high three blocks.

“I thought Riley did a great job of dishing out our offense,” Rinehart said.

Centennial improved to 2-0 in the CIML Central Conference and 22-1 overall. The Little Cyclones’ records dropped to 0-2 and 10-9.

“It was a great match for the Jags,” Rinehart said. “I thought we were solid on serve receive and offensively we did a great job of terminating the ball. It was fun to be back at home, and we had a great crowd come out and support us.”

The Jaguars will be back home on Tuesday, hosting another Central Conference match against No. 8 Dowling Catholic.