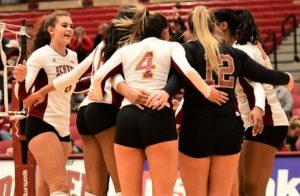 Former Ankeny volleyball star Megan Ballenger will be joined in this year's NCAA Tournament field by a trio of former Ankeny Centennial standouts. Freshmen Megan Lively of Central Florida, Kenna Sauer of Missouri and Ari Winters of Denver will all be making their first trip to the NCAA Tournament. Those three players helped the Jaguars to the Class 5A … END_OF_DOCUMENT_TOKEN_TO_BE_REPLACED 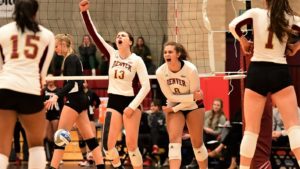 Ari Winters and the University of Denver volleyball team are headed to the NCAA Tournament. Winters, a former Ankeny Centennial star, helped the Pioneers to their fifth Summit League Tournament championship in program history on Sunday at Hamilton Gymnasium in Denver. The freshman outside hitter had four kills, seven block assists and four digs as Denver … END_OF_DOCUMENT_TOKEN_TO_BE_REPLACED 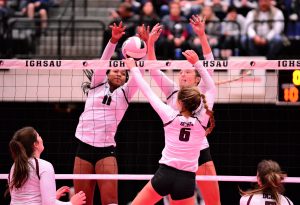 Ankeny Centennial volleyball standouts Devyn Robinson and Kenna Sauer have been named to the Elite all-state team by the Iowa Girls' Coaches Association. Both players were also selected to the Class 5A first team after leading the Jaguars to their fourth state title in five years. Robinson, a junior middle hitter, was a repeat selection to both squads. … END_OF_DOCUMENT_TOKEN_TO_BE_REPLACED 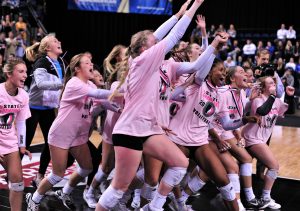 The Ankeny Centennial volleyball team was not at full strength when the Jaguars lost to Cedar Falls at the Centennial Invitational on Aug. 25. The top-ranked Tigers discovered on Friday that one player can make a huge difference, especially when she's 6-foot-1 and can jump out of the gym. Devyn Robinson had 12 kills and three blocks to help the No. 2 … END_OF_DOCUMENT_TOKEN_TO_BE_REPLACED