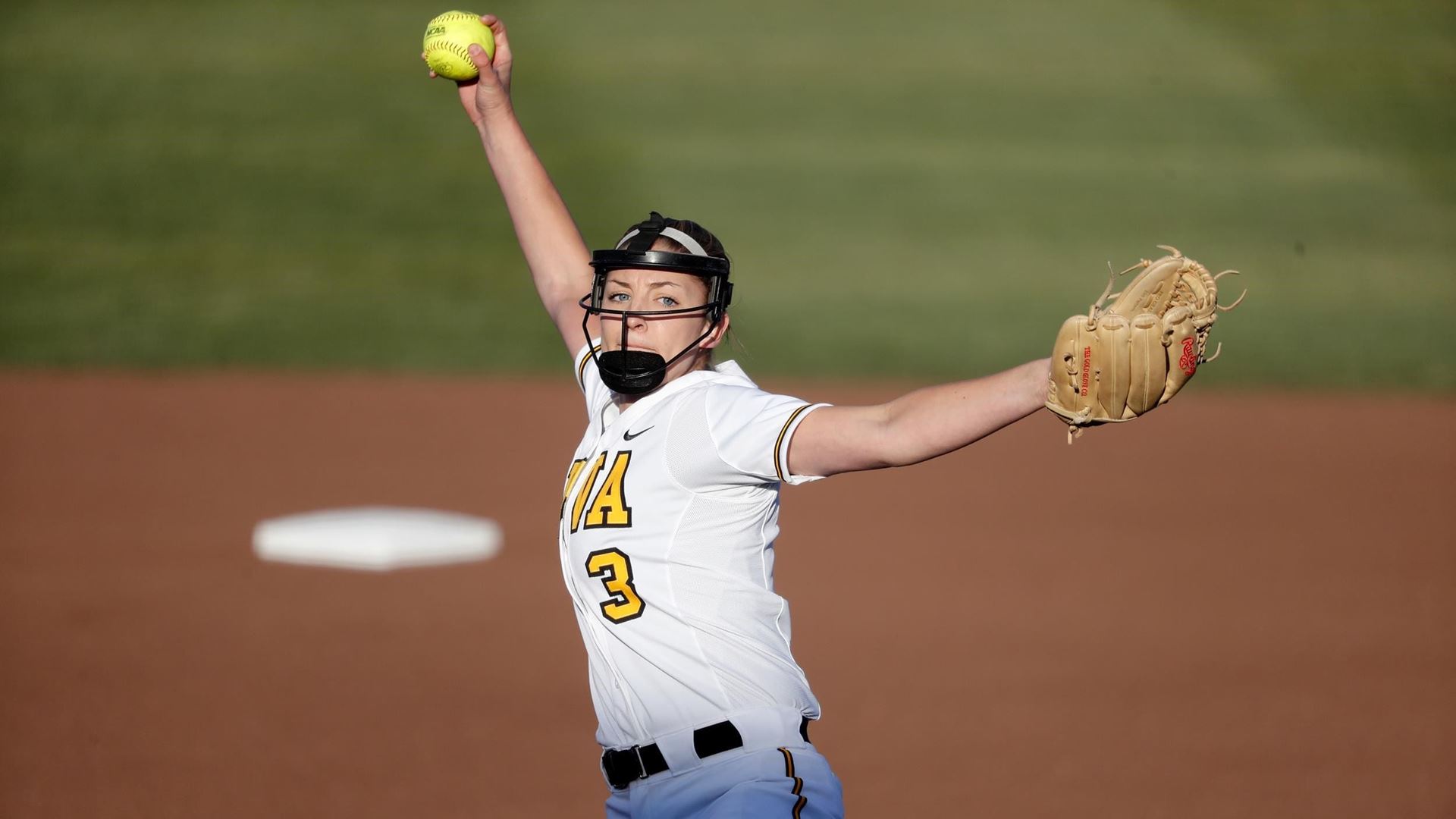 Former Ankeny pitcher Allison Doocy has been honored by the Big Ten Conference for the third time in her career.

The University of Iowa junior righthander was named Big Ten Pitcher of the Week on Monday. She also received that honor last season (March 12, 2018) and was previously named the Big Ten Freshman of the Week on April 17, 2017.

Doocy picked up three victories at the Saluki Invitational in Carbondale, Ill., where she allowed just two runs in 18 innings of work. She threw two complete games and racked up 19 strikeouts.

Doocy tossed a five-hitter and had seven strikeouts in a 5-1 win over UIC on Friday. In the second game of the day’s doubleheader, she came on in relief for one inning in a 6-4 loss to Wisconsin-Green Bay, striking out two.

On Sunday, Doocy got the start in Iowa’s second game against Wisconsin-Green Bay. She allowed no hits and had two strikeouts over the first three innings as the Hawkeyes rolled to a 12-0 victory in five innings–their first win via the run rule this season.

Doocy (11-3) then closed out the tournament against Miami (Ohio), throwing her second complete game of the weekend. She scattered seven hits and had eight strikeouts as Iowa defeated the Redhawks, 2-1.

The Hawkeyes (14-9) return to action on March 20 at Illinois State before opening their Big Ten schedule with a series at Purdue on March 22-24. Iowa will host Western Illinois in its home opener on March 27.

The Hawkeyes will host Iowa State on April 10. They will visit Des Moines to play Drake on April 17 at 6 p.m.