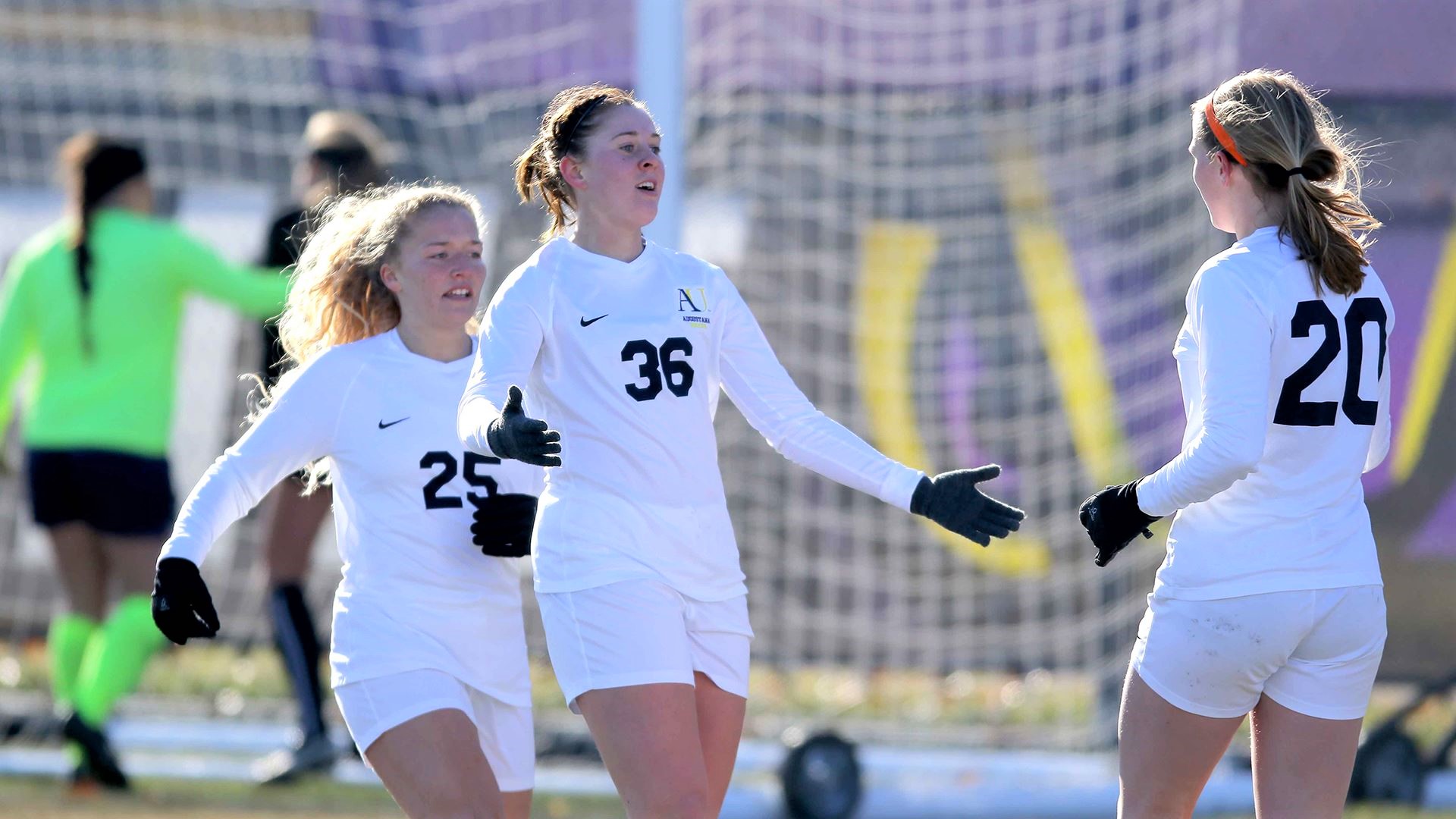 The Augustana women’s soccer team lost to a familiar opponent in the second round of the NCAA Tournament on Sunday.

The fourth-seeded Vikings dropped a 1-0 decision to top-seeded and 13th-ranked MInnesota State, their rival in the Northern Sun Intercollegiate Conference. The Mavericks (18-3-1) won their third match of the season over Augustana (16-5-1) to advance to the Sweet 16 for the first time since the 2015 season.

“This season was honestly tough for me as I had a bad ankle sprain at the beginning of the year and a concussion later on that kept me on the sideline for a lot of games, and ended up spraining my other ankle early in the game today,” said Geiger, a sophomore forward. “However, we had awesome seniors and we still accomplished so much. I am so proud of my team for the heart they showed in the tournament. The support they constantly give me is simply unmatched, and win or lose, I just love being a part of this team.”

Two other former Centennial players, senior defender Jessie Ault and senior forward Sammy Stoelk, are members of the Minnesota State team. Jenny Vetter scored the game’s only goal for the Mavericks, who will host the third and fourth rounds of the NCAA Tournament on Dec. 6 and 8 at Mankato.

Augustana concludes its season with the second-most wins in program history at 16.

“It was an amazing year,” said Vikings coach Brandon Barkus. “I’m super proud of this group! I would not change the experience of this season with this team for anything! I truly love this group!”

Augustana opened the tournament on Friday with a 2-1 victory over Central Oklahoma in the Central Region bracket. The game was played in frigid temperatures.

After a defensive battle for most of the first half, the Vikings got on the scoreboard in the 38th minute when Geiger booted a perfectly placed shot past the diving Central Oklahoma goalkeeper for her third goal of the season.

“Friday’s game was a super cool experience,” Geiger said. “After losing in the first round last year, it was awesome to make it past that point this year, and I was happy I could play some sort of role in that!”

The Bronchos tied the game in the 71st minute before Legg, a sophomore forward, answered for Augustana. She beat the goalkeeper in a foot race to the ball and then found the back of the net for her third goal of the season.

Legg, who is now tied for the team lead in game-winning goals with three, took two of the Vikings’ 15 shots on Sunday. It was the final collegiate game for Dahm–the forward is one of eight seniors on the Augustana roster.

“I first played with Claire my freshman year of high school soccer and she has been such a great teammate, friend, and role model to me since then,” Geiger said. “I’m really going to miss her, but I am so proud of everything she did this season and all the great things she’ll do in her future.

“I’m hoping that in my final two years on the Augie soccer team we can make it even further into the tournament,” she added.