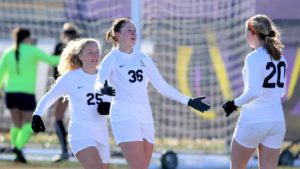 The Augustana women's soccer team lost to a familiar opponent in the second round of the NCAA Tournament on Sunday. The fourth-seeded Vikings dropped a 1-0 decision to top-seeded and 13th-ranked MInnesota State, their rival in the Northern Sun Intercollegiate Conference. The Mavericks (18-3-1) won their third match of the season over Augustana (16-5-1) to … END_OF_DOCUMENT_TOKEN_TO_BE_REPLACED 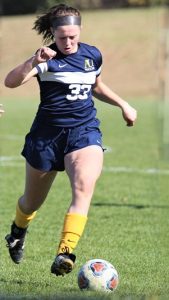 Former Ankeny soccer star Alexis Legg has been named the Freshman of the Year in the Northern Sun Intercollegiate Conference. She was also named to the all-NSIC third team. Legg, a midfielder, is having one of the best freshman seasons in Augustana program history. She has scored a team-high 10 goals, which ranks fifth in the NSIC. Legg has already … END_OF_DOCUMENT_TOKEN_TO_BE_REPLACED 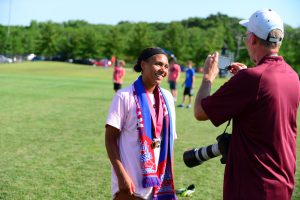 Ankeny Centennial soccer star Olivia Brown has been named a first-team all-American by TopDrawerSoccer.com. She was earlier named to the United Soccer Coaches all-American team. The spring all-America teams are compiled by TopDrawerSoccer with consultation with coaches and media members from around the country. Players from all 13 spring-playing soccer … END_OF_DOCUMENT_TOKEN_TO_BE_REPLACED 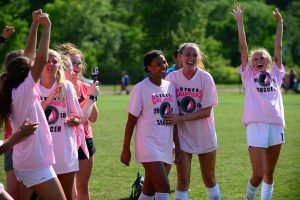 Ankeny Centennial's Olivia Brown completed her high school soccer career last month. The postseason awards keep rolling in, though, for the Jaguars' senior defender. Brown has been named to the United Soccer Coaches all-American team for the winter and spring seasons during the 2017-18 school year. A total of 52 players from across the country received … END_OF_DOCUMENT_TOKEN_TO_BE_REPLACED 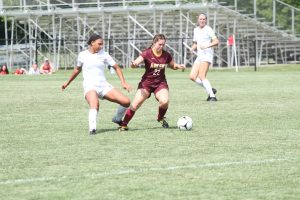 Senior forward Alexis Legg of Ankeny has been named Miss Soccer for the state of Iowa by the Iowa High School Soccer Coaches Association. Legg set a school record this season with 37 goals, which ranked second in the state behind Emma De Costa of Bondurant-Farrar, who finished with 38. She led the Hawkettes to a 19-3 record and a second-place finish in … END_OF_DOCUMENT_TOKEN_TO_BE_REPLACED