You are here: Home / Jaguars / Jaguars outlast Johnston in 8 innings before Dragons earn split of twinbill 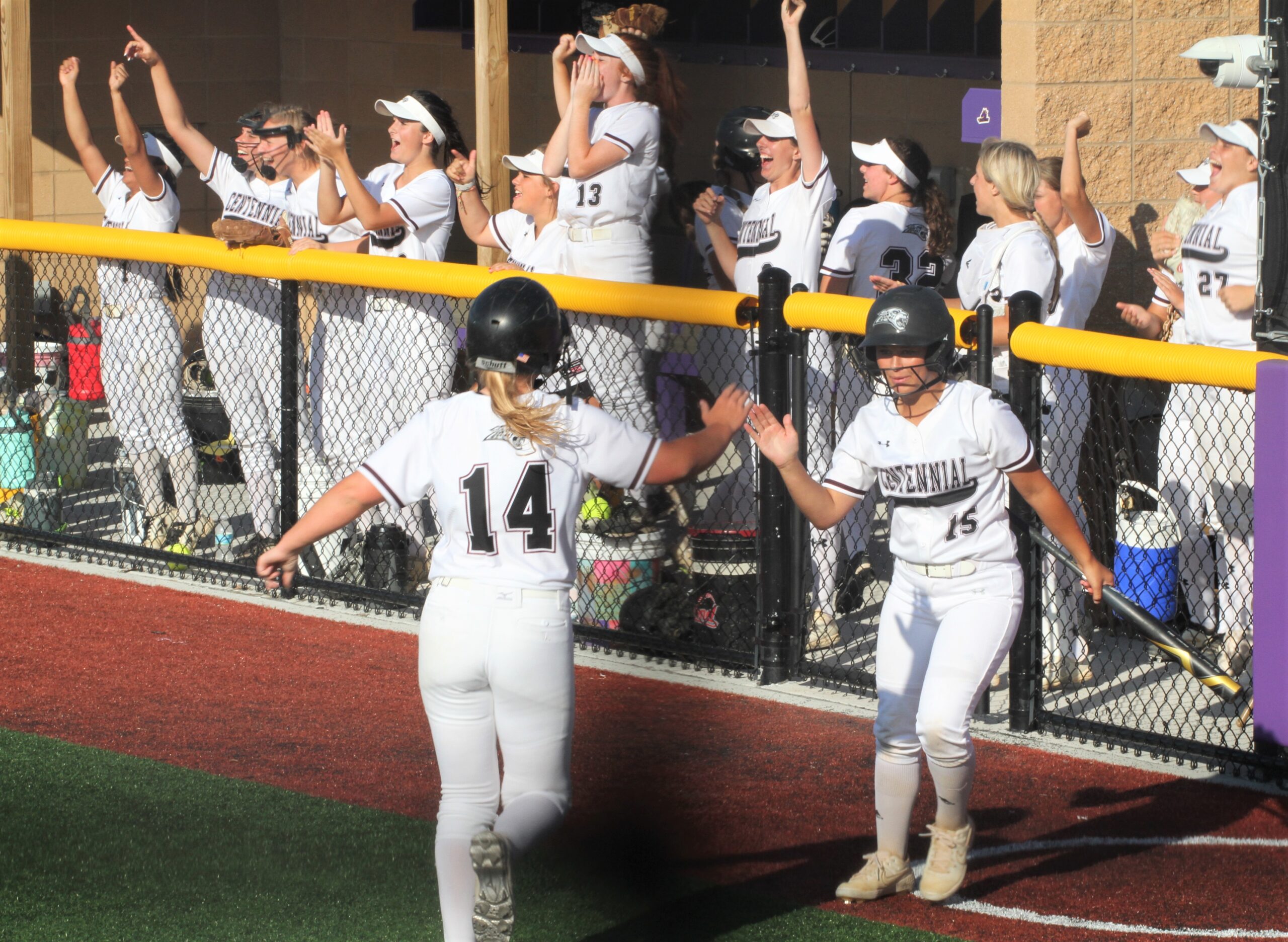 If Monday’s CIML softball doubleheader at Johnston had been a boxing match, the judges likely would have ruled the outcome a draw.

Tenth-ranked Ankeny Centennial won the first game, 3-1, in eight innings before the No. 3 Dragons salvaged a split of the twinbill with a 5-1 victory in the nightcap. The Jaguars are now 7-1 on the season, while Johnston improved to 6-2.

The games were moved from Centennial due to a wet field.

“Johnston’s one of the best (teams) in the state and our girls came in tonight ready to go in game one, and things didn’t quite go our way in game two,” said Centennial coach Brett Delaney. “They’re a good squad, and hopefully we’ll see them in Fort Dodge (at the state tournament).”

Centennial won the opener after Johnston tied the game in dramatic fashion in the bottom of the seventh inning. The Dragons had been held hitless by Madi Huisman before Ava Smithson led off the inning with a solo homer to left field that bounced off the top of the fence.

“It was right down the middle,” Huisman said of her pitch.

But Huisman retired the next three batters in order, then Centennial followed with a two-run rally in the eighth. Anna Christiansen put the Jaguars ahead when she stroked an RBI double to right-center field with two outs.

“It was a long at-bat; I fouled some off,” said Christiansen. “And then she pretty much pitched one right down the middle so I just went with it. We’re so tight and together and we have so much confidence in each other. I knew we could get it done.”

Christiansen then raced home when Lizzy Klunder followed with a single to left.

“(Huisman) just made one little mistake, and our girls found a way to respond and find a way to get the victory at the end of it,” Delaney said.

Huisman (4-0) finished with a two-hitter. She allowed a two-out single by Chloe Fehn in the bottom of the eighth, but then recorded her seventh strikeout to end the game.

“I think this opened a lot of eyes and showed that we’re one of the top teams in the state and that we’re looking to make a run to Fort Dodge and that we can do it,” Christiansen said.

Christiansen went 2-for-2 in the win. Sydney Morris went 2-for-3 and scored two runs, while Franie Burnett went 2-for-4 with a double.

In the second game, Christiansen singled in the first inning to drive in Taylor Runchey. But the Jaguars, who had just three hits, were shut down the rest of the way.

Johnston answered with two runs in the bottom of the first. The Dragons then added three more runs in the sixth.

Johnston’s only other loss came during a doubleheader split against No. 1 Fort Dodge on Wednesday.

“(Our) girls are one of the best teams in the state and they believe it,” Delaney said. “They believe they can take on anybody.”

The Jaguars will be back in action on Tuesday, traveling to Winterset for a non-conference game. The Huskies (4-1) are ranked 10th in Class 4A.