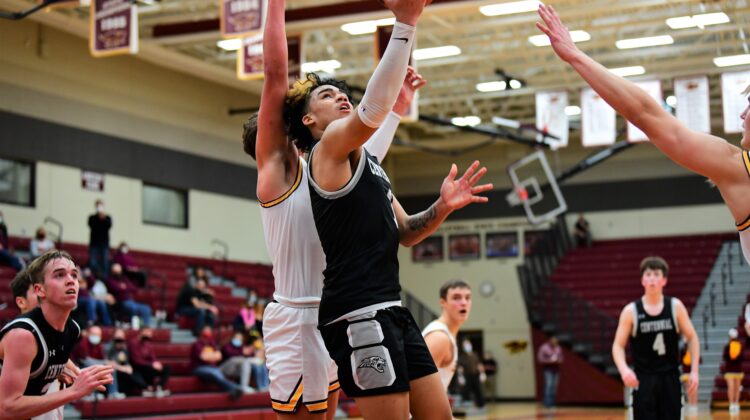 Ankeny Centennial senior guard Jaron Crews has been named to the Class 4A all-state second team for the second straight year by the Iowa Print Sports Writers Association.

Class 4A state champion Waukee dominated the all-state selections, placing three players on the Class 4A first team. Tucker DeVries, who was named Mr. Iowa Basketball, was joined on the squad by teammates Payton Sandfort and Omaha Biliew.

Ryan Riggs of Dowling Catholic and Tamin Lipsey of Ames were among the other first-team selections.

Crews was joined on the second team by Johnston teammates Steven Kramer and Trey Lewis, who led the Dragons to a runner-up finish in Class 4A. Ty Walker of Valley was also a second-team pick.

Valley’s Eli Raridon was named to the third team along with Reid Grant of Johnston, Armonniey Thomas of Marshalltown, Chase Henderson of Des Moines Hoover and Matt Riedl of Dowling.