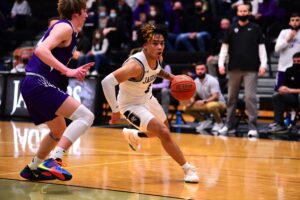 Former Ankeny Centennial basketball star Jaron Crews is headed back to central Iowa. After spending a year at Don Bosco Prep in Crown Point, Ind., Crews has committed to play for DMACC (Boone) next season. "It was between DMACC and Kirkwood," said Crews, who announced his decision via Twitter on Sunday. "I took visits and worked out at both (schools) … END_OF_DOCUMENT_TOKEN_TO_BE_REPLACED 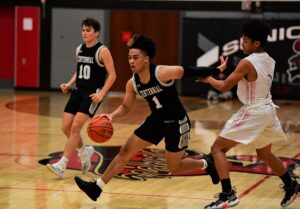 The start of Jaron Crews' collegiate basketball career has been pushed back a year. The Ankeny Centennial senior guard announced his decision via Twitter on Thursday. He will play for Don Bosco Prep in Crown Point, Ind.--the same school that produced current Drake guard Roman Penn. "It definitely was a hard decision, but I felt this was the best route … END_OF_DOCUMENT_TOKEN_TO_BE_REPLACED 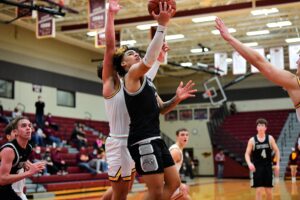 Ankeny Centennial senior guard Jaron Crews has been named to the Class 4A all-state second team for the second straight year by the Iowa Print Sports Writers Association. Crews led the Jaguars to a 14-5 record. He averaged a team-high 15.9 points and 5.3 assists per game. Class 4A state champion Waukee dominated the all-state selections, placing three … END_OF_DOCUMENT_TOKEN_TO_BE_REPLACED 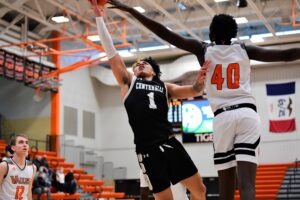 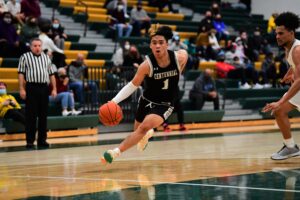 Ankeny Centennial boys' basketball coach Bob Fontana will get one more opportunity to coach his star point guard. Senior Jaron Crews has been selected to play in the 2021 Pizza Ranch All-Star games sponsored by the Iowa Basketball Coaches Association. He will play for the Southwest Iowa boys' team that will be co-coached by Fontana and Josh Henry of … END_OF_DOCUMENT_TOKEN_TO_BE_REPLACED