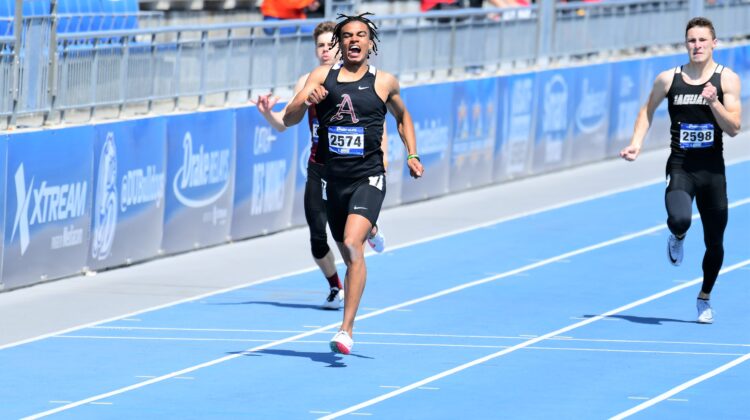 Ankeny sprinter Tyrese Miller burst onto the scene earlier this year at the Drake Relays.

His performances there–as well as at the state meet the next month–attracted the interest of various college coaches.

“It was really a hard decision,” he said. “But Iowa recently became a powerhouse in the 400, and I think they have a lot of tools that are going to help make me a better athlete and student.”

Miller placed second in the 400 at the Drake Relays. He also tied for fourth in the 100 and anchored the Hawks’ third-place 4×200 relay.

At the Class 4A state meet, Miller helped Ankeny to a 15th-place finish. He placed third in the 400 with a time of 49.16 seconds and also anchored the seventh-place 4×200 relay.