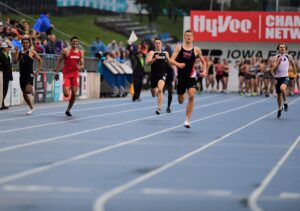 The rainy conditions at Drake Stadium didn't seem to bother Ankeny Centennial's Tommy Collins or Ankeny's Tyrese Miller on Thursday. Collins raced to a second-place finish in the 400 on the opening day of the boys' Class 4A state track meet. He posted a time of 48.70 seconds, which set a school record. "We all had to run in (the rain). It wasn't just … END_OF_DOCUMENT_TOKEN_TO_BE_REPLACED 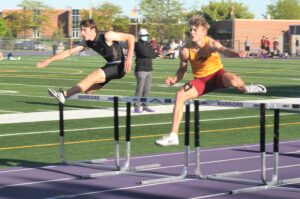 After placing fourth in a Class 4A district meet on Thursday at Waukee, the Ankeny boys' track team had to patiently wait to find out the Hawks' total number of state qualifiers. Ankeny automatically qualified for the state meet in just four events, but found out Friday that it had qualified in six more on a time or distance basis. "The kids did … END_OF_DOCUMENT_TOKEN_TO_BE_REPLACED 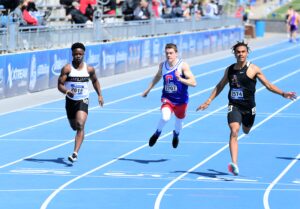 Ankeny's Tyrese Miller likely opened some eyes on Thursday at the Drake Relays. Mason Thompson and the rest of the Hawks' track squad probably did, too. Miller and Thompson led the way as Ankeny earned medals in five different events. The Hawks placed third or higher in three of them. "Still pumped from yesterday," Ankeny coach Nick Nelson tweeted … END_OF_DOCUMENT_TOKEN_TO_BE_REPLACED