You are here: Home / Hawks / Spring / Boys' Track / Elite sprinter Miller one of many strengths for Ankeny boys’ track team 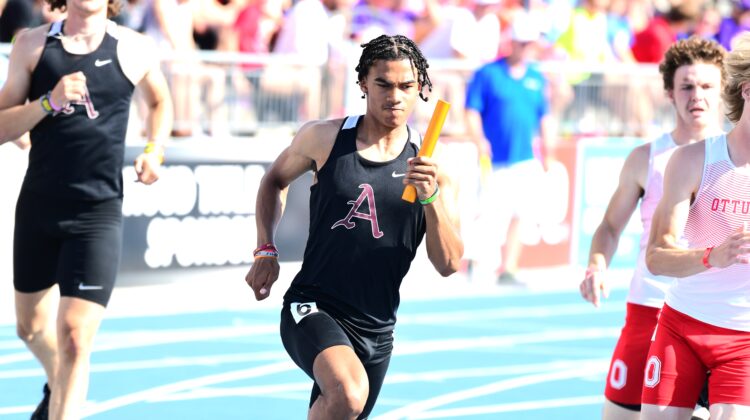 Tyrese Miller and the Ankeny boys’ track team are ready to make some noise this season.

Miller, one of the state’s top sprinters, helped the Hawks to a 15th-place finish in last year’s Class 4A state meet. He is among the team’s 11 returning state qualifiers.

“Tyrese had a great junior season and is poised to have a great senior campaign,” said Ankeny coach Nick Nelson.

At the state meet, Miller competed in just two races due to an injury. But he placed third in the 400 in 49.16, and he anchored the Hawks to a seventh-place finish in the 4×200.

In December, Miller made his plans for the future. He verbally committed to join Iowa’s track and field program next year.

Fortunately for Nelson, Miller isn’t the only talented sprinter on the Hawks’ roster. Fellow senior Colin Kadolph, a Minnesota State-Mankato football recruit, is also back.

Accola placed 20th in the 110 hurdles at the state meet, posting a time of 15.85 seconds. He also joined DeBrower on the fifth-place shuttle hurdle relay that was clocked in 59.47.

Hill enjoyed an outstanding cross country season last fall, capped off by a 41st-place finish in the Class 4A state meet. Schuchart helped Ankeny to a 13th-place finish overall.

“We have a distance crew that has been to state and had a great cross country season,” Nelson said.

There are more than 100 boys on the squad. The Hawks, who scored 20 points at last year’s state meet, will compete at the UNI Indoor Meet on Tuesday.

“We have many athletes that will provide strengths to the team this year,” Nelson said. “According to the data that we have thus far, 200s and 400s could be a strength of ours toward the end of the season.”

Nelson said his team’s roster could grow in the next couple of weeks.

“There are some athletes who will not come out until after spring break,” he said.