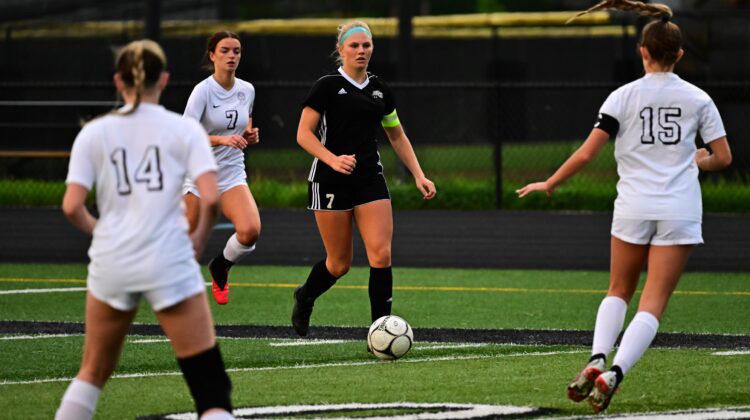 Earlier this month, Kovacs led the Jaguars to the Class 3A state championship and was named captain of the all-tournament team. She was a repeat pick to the Class 3A all-state first team by the Iowa Girls’ Coaches Association.

Now, Kovacs has been honored by the Iowa High School Soccer Coaches Association, too.

The star defender was selected to the Class 3A all-state first team for the second year in a row. She led the Jaguars to a 19-3 record.

Two Ankeny standouts, senior defender Eden Gibson and senior midfielder Kennedy Macke, were also first-team picks. Macke had five goals and nine assists for a team that posted an 18-2 record, while Gibson was the leader of a defensive unit that had 18 shutouts and allowed only two goals all season.