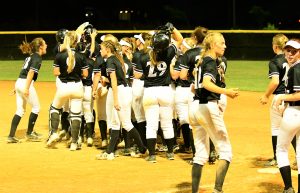 Ankeny Centennial's Taylor Runchey winced in pain after a hard ground ball deflected off her body during the first game of Tuesday's doubleheader against visiting Ankeny. The junior third baseman refused, however, to come off the field. "No, not for a second," Runchey said when asked if she thought about leaving the game. "It just stung a little bit at … END_OF_DOCUMENT_TOKEN_TO_BE_REPLACED 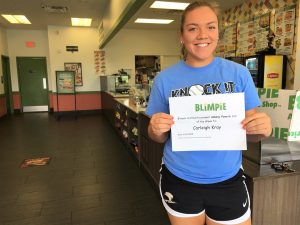 Carleigh Kray is a member of the Ankeny Centennial softball team. The senior has helped the 15th-ranked Jaguars to an 11-8 record, including a 6-2 mark in the CIML Central Conference. She is batting .304 with two home runs and five RBIs. "Carleigh brings a positive attitude every time she comes to the park," said Centennial coach Brett Delaney. "She's … END_OF_DOCUMENT_TOKEN_TO_BE_REPLACED 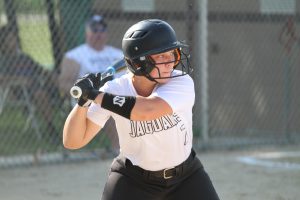 The Ankeny Centennial softball team defeated Norwalk for the second time in two days, 6-1, to earn a third-place finish in the Barney Dennis Elite Eight tournament on Saturday at Johnston. Taylor Runchey drove in four runs as the Jaguars improved their record to 12-10. Ella Schulz and Cassi Garland each went 2-for-3 in the win. "Norwalk pitched their … END_OF_DOCUMENT_TOKEN_TO_BE_REPLACED 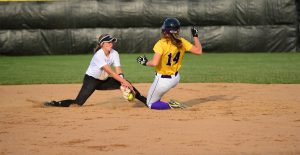 Randy Schneider has been saying for weeks that his Ankeny Centennial softball team is capable of beating some of the CIML's top squads. The Jaguars not only did that on Wednesday, but they did it twice. Centennial swept both games of a Central Conference doubleheader against visiting Waukee, 5-4 and 7-5. The fourth-ranked Warriors had won the previous … END_OF_DOCUMENT_TOKEN_TO_BE_REPLACED